Is the Pac Man logo headed for center court?

The Atlanta Hawks have dropped some subtle hints about a full blown logo change and we get further evidence that the Pac Man logo is headed for center court this season.

Share All sharing options for: Is the Pac Man logo headed for center court?

Lost in the madness of this week, we got another clue about a secondary logo that could be a step closer to becoming the Atlanta Hawks primary logo. Grantland's Zach Lowe ranked all 30 of the NBA's court designs for the upcoming season and there is a little something different awaiting for the Hawks. 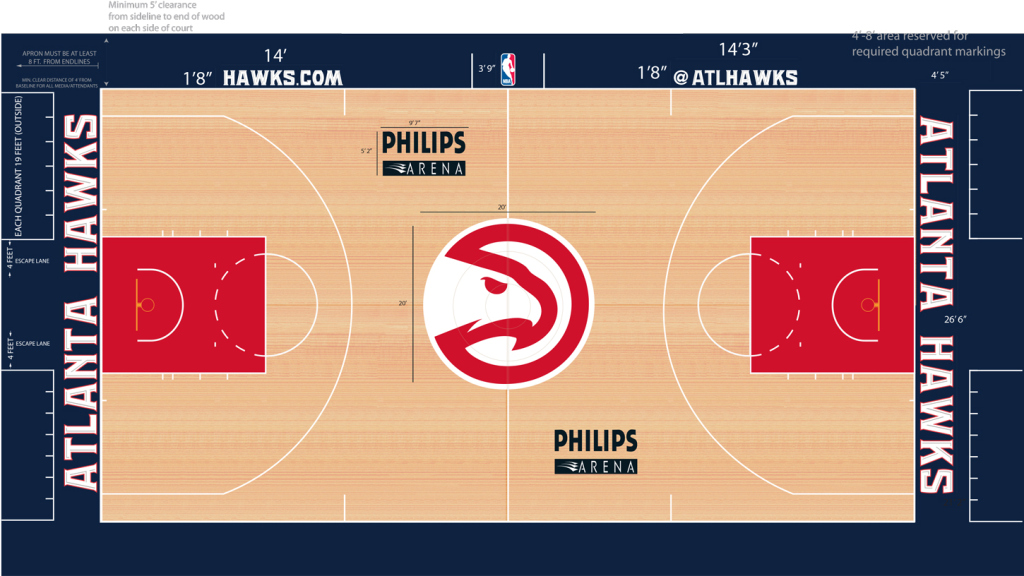 Lowe ranked the court ninth out of the 30 teams and had this to say:

The Pac is back, baby! The Hawk clutching a basketball in its claws wasn't awful, but you just can't beat the Pac-Man-style logo the Hawks used in their glory days. This is like the friendly Milwaukee deer spinning a basketball - a logo so well-loved, it's unclear why the franchise ever went away from it.

There has been no official announcement but video game footage from NBA Live leaked online a couple of weeks ago and showed the logo at center court.

What say you? Ready for the Pac Man logo to become the primary logo? Would a change at center court also prompt a uniform change?