The Atlanta Dream improvised on a late play call to set up Angel McCoughtry's go-ahead three-pointer in the final seconds against the Indiana Fever.

According to Angel McCoughtry, the Atlanta Dream called an audible late to set up her game-winning three-pointer against the Indiana Fever Saturday night. When asked about the play following the game, McCoughtry replied that she didn't think that was the look that head coach Michael Cooper was looking for but it worked out for the Dream in the end.

"Honestly, I didn't think that was the play," said McCoughtry. "Sancho just saw me. I told her, It was a really smart play."

Here is a closer look at the play. Atlanta aligns in a Horns look with Sancho Lyttle and Erika de Souza at the elbows. McCoughtry is in the left corner and rookie point guard Shoni Schimmel has the ball out front. Now as we go through this play keep in mind the situation. Atlanta trails 88-87 with under 20 seconds remaining and it appears that Cooper ran something for his rookie point guard and used McCoughtry as more of a decoy at least initially. 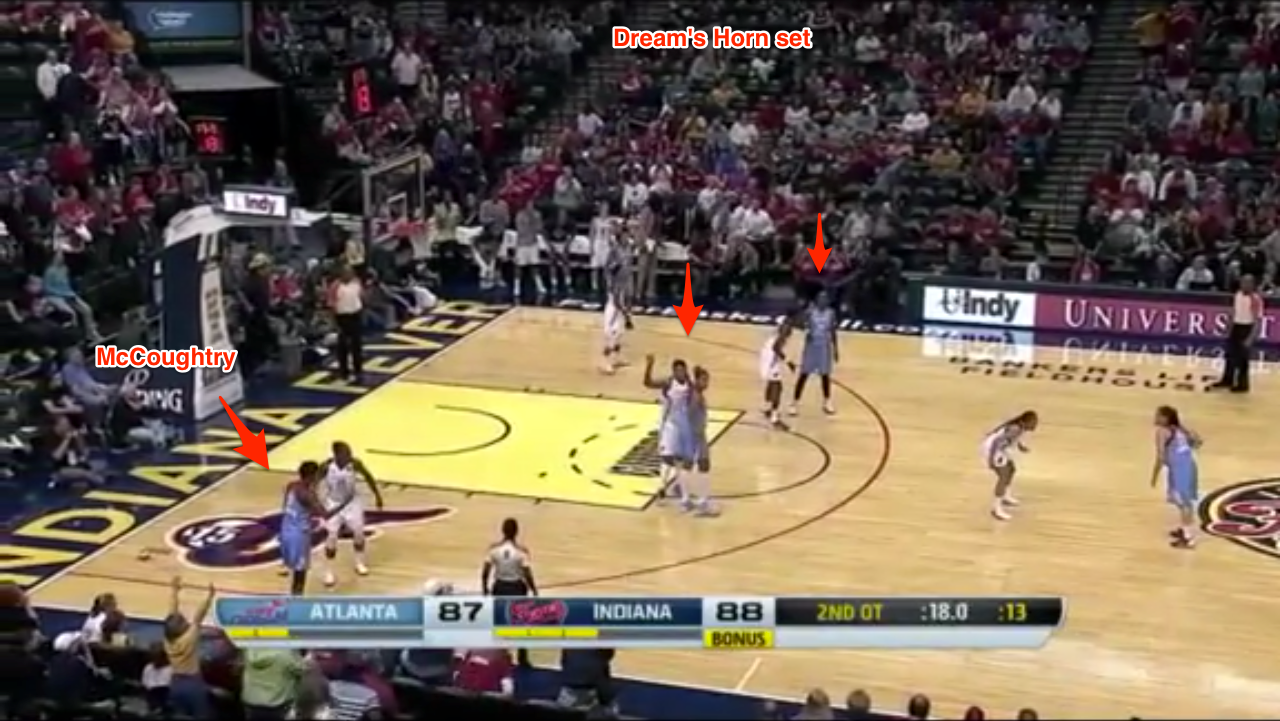 Schimmel uses Lyttle's screen but the Fever defend it well. Erika de Souza is going to crash to the low block. 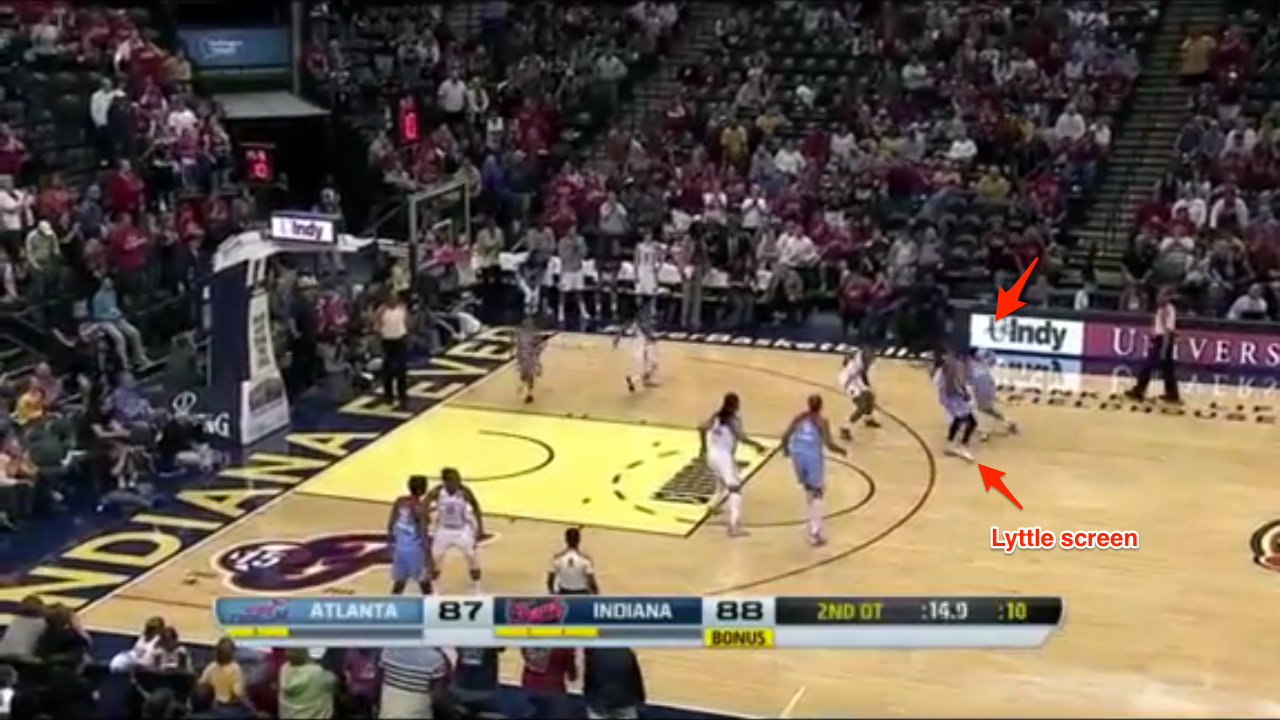 Lyttle then sets a screen for McCoughtry who uses a hard cut to the top of the key. Natasha Howard, who is guarding Lyttle, is concerned with de Souza's cut to the low block. 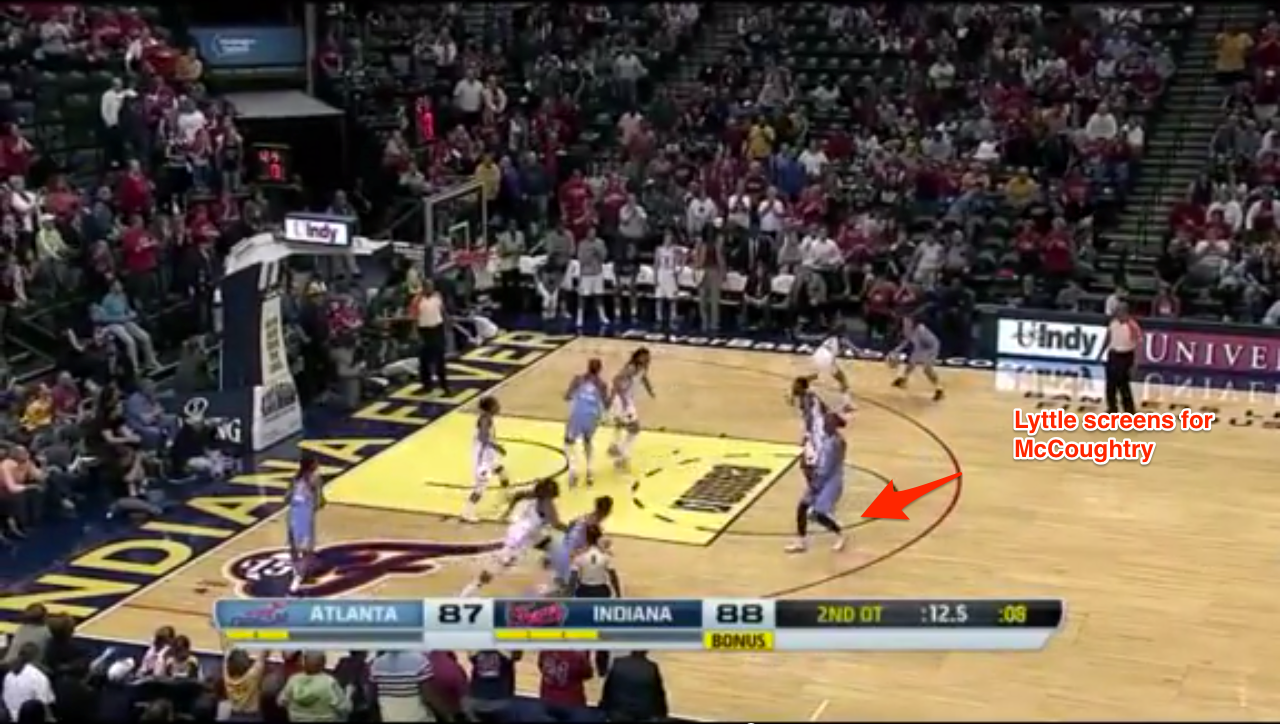 Schimmel delivers a perfect pass to McCoughtry at the top of the key who knocks down the go ahead bucket. Indiana actually recovered well defensively on the play and in many respects that is the shot you want Angel taking in that situation. McCoughtry made just 20 percent of her three-point attempts last season but being a big game player who thrives on big game moments, she knocked this one down and sent the Dream to their second straight victory. 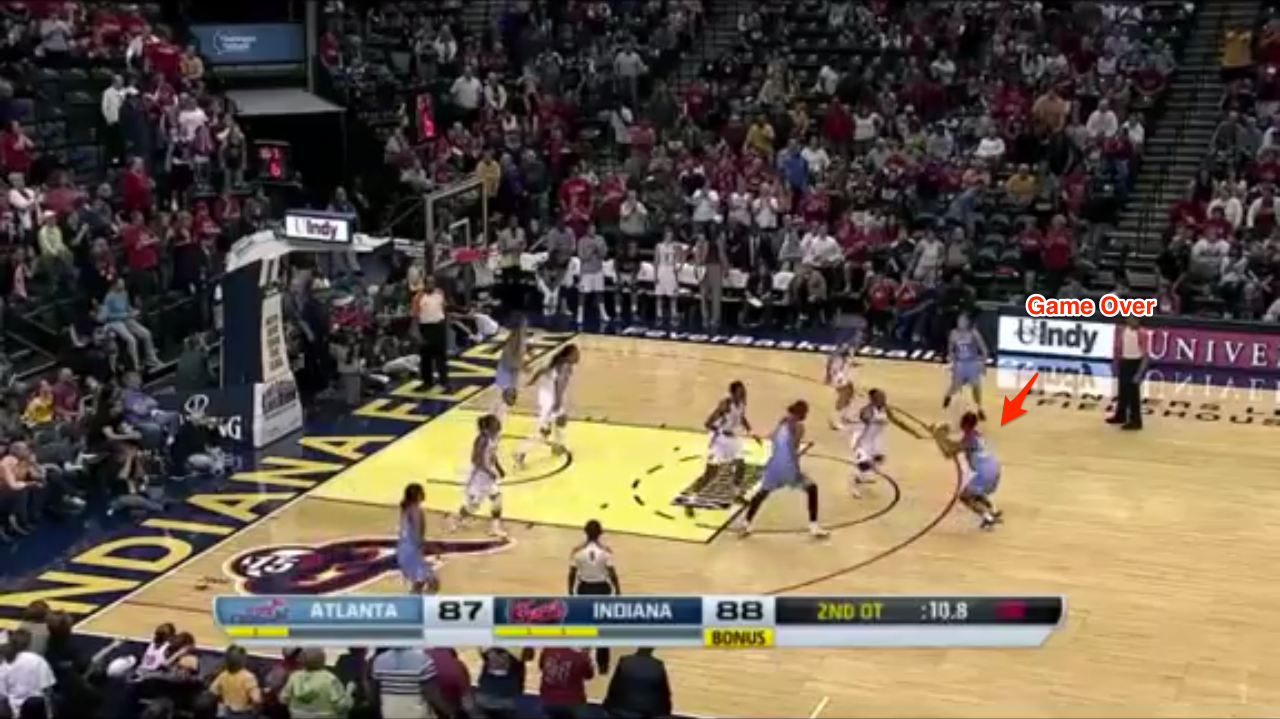 Here is a look at the play in real time.

Atlanta's offense through the first two games hasn't been overly complex and for good reason. McCoughtry arrived to camp just a few days before the regular season opened as did many of her teammates. We will continue to see more wrinkles added as the season goes on. An important thing to take from this is the level of trust that Cooper has for Schimmel as she has had the ball in her hands in key spots in each of the first two games.