For the 1989 season, the Atlanta Hawks brought in Reggie Theus and Moses Malone to go alongside Dominique Wilkins as added firepower in an effort to break through in the Eastern Conference. Despite the hype, the on court result ended up being a first round playoff exit.

Share All sharing options for: NBA Most Hyped: The 1989 Atlanta Hawks' Big 3

When it comes to "hype" the Atlanta Hawks aren't always the first NBA team that comes to mind. That wasn't the case in 1989 after the team went out and added significant firepower in Reggie Theus and Moses Malone to an already successful team. The moves had many predicting the Hawks to be among the contenders in the Eastern Conference, however, the end result didn't look quite as good as it did on paper. 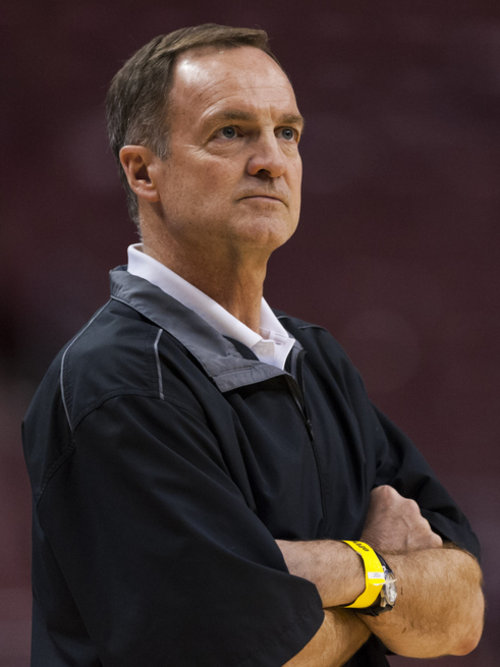 To set the stage for the moves heading into 1989 you must first begin one season earlier. Atlanta had won 50 games and finished in third place in the NBA's central division. However, they came alive in the playoffs by taking the Boston Celtics to the brink before falling in seven games in the Eastern Conference semifinals which to this day remains as close as any Atlanta Hawks' team has come to the conference finals. Dominique Wilkins and Larry Bird staged a memorable shootout in Game 7 and Atlanta went into the summer looking for a little more firepower with the hopes of crashing through the Celtics and the Pistons in the East.

Atlanta began their retool by replacing center Tree Rollins, who departed for Cleveland, by signing unrestricted free agent Moses Malone from Philadelphia. Malone was 33 years old but had a streak of 10 consecutive seasons of averaging at least 20+ points and 10+ rebounds.

Then Atlanta dealt a first round pick and shooting guard Randy Wittman to the Sacramento Kings for Reggie Theus. The move gave the Hawks another good shooter and a third bonafide scorer as Theus was coming off of back-to-back seasons of averaging more than 20 points per game.

Early on it looked like things might work out. Theus was happy to have escaped Sacramento and move to a team that had a real chance to make some noise as he told the Chicago Tribune's Sam Smith:

``To be honest, I never knew basketball could be so easy,`` said Theus.

``It`s a real joy playing with guys like this. The opportunity for us is there, the potential. Now we`ve got to make it happen.``

Atlanta's point guard Doc Rivers' added that Theus had fit in well with the team and that he gave them another option as a go to scorer in the fourth quarter:

``He gives us so many more options. It means we don`t have to go to Dominique (Wilkins) every time.``

The team got off to a good enough start but the good feelings and team chemistry never fully materialized. By April, a story in the Atlanta Journal-Constitution painted the team as bickering group of players who had centered most of the blame on Theus.

Teammates were quoted as the whole scene played out in the newspapers with players and coaches contributing to the stories.

``Reggie is the worst thing that`s happened to us all year,`` one teammate was quoted as saying last week.

Said former Hawks assistant Brendan Suhr: ``It`s been a disaster. Reggie told us he`d submerge himself in our system because he only wanted to win at this stage of his career to prove he was not a loser. Obviously, he didn`t mean it. Or he`s just kidding himself.``

And a Hawks` executive said: ``Off the court, you can`t meet a sweeter guy. But on the court, his game is Reggie, just like 10 years before. His habits are ingrained and have never changed.``

Despite the distractions the team went on to win 52 games which was two more than they had the previous season. They once again finished third in the Central but the wheels completely came off in the playoffs when they fell in five games to the Milwaukee Bucks.

Wilkins ended up leading that team in scoring at 26.2 per game. Moses Malone continued his streak of consecutive seasons averaging a double-double by posting averages of 20.2 points and 11.8 boards. Theus saw his scoring numbers dip to 15.8 per game on 47 percent shooting.

Once the playoffs arrived Theus bottomed out averaging just 7.4 points on less than eight attempts while playing five minutes less per game than he had in the regular season. Atlanta responded quickly during the offseason by leaving Theus unprotected in the expansion draft where he was selected by the Orlando Magic much to his chagrin.

That 89 team proved that chemistry was a big part in the success of a basketball team. Despite winning 52 games there was no way that this team was capable of taking down the elite teams in the East despite having a deep and talented roster.