If Peachtree Hoops were NBA Commissioner for a day

Here is what I would do if I were in David Stern's shoes for a day.

Share All sharing options for: If Peachtree Hoops were NBA Commissioner for a day

I am admittedly biased, but I think the NBA is the greatest of all major professional sports. One reason that is the case is because it has continued to evolve over the years when the situation has called for it. Today I'm here to tell you what changes I would look to make if I was charged as league commissioner for a day as part of a collaborative effort at SB Nation.

The more I think about it the more this could be the biggest pet peeve I have with the league at the moment because the current 2-3-2 format doesn't make sense. Currently the team without the home court advantage just needs to win one of the first two games on the road and hope to sweep at home to take home the championship. Now I recognize that it is difficult to do but there was much more intrigue when a team would be up 3-2 in a series but have to go on the road to try and close it out. I understand the logistics of the situation with potential Finals teams being from each coast but there are usually at least two days in between games anyway. Who cares about logistics just make the change.

NBA Commissioner for a day: What SB Nation's writers would do to improve the game 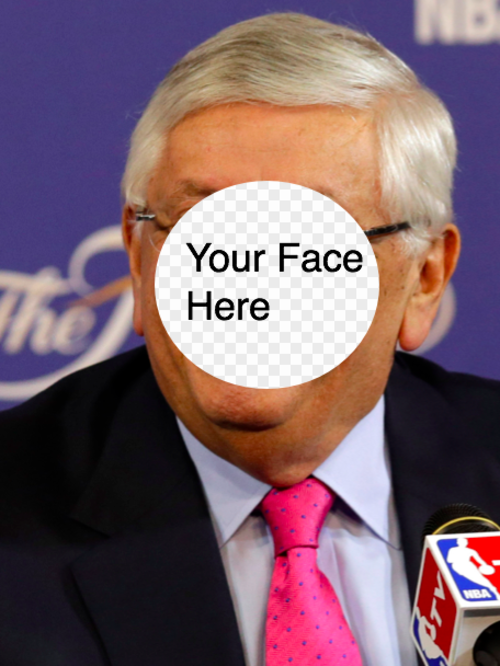 Summary or blurb about the related article

FIBA's goaltending rule permit a player to knock the ball off the rim and eliminates the imaginary cylinder that exists in the NBA game. I have a couple of reasons for wanting this change. First, big men are slowly being phased out in the league and this gives added value to that shot blocker by placing fewer limitations on him. Second, the NBA's rule currently is extremely hard to officiate as we see many replays throughout a season where a player touched the ball while on the rim with the it going uncalled. Take the guesswork out of it for the officials and let them focus their attention elsewhere.

Expand the NBA D-League into a true Minor League system

This suggestion is too large to get done in any single day but I'd like to see the groundwork laid for a true NBA minor league system where every parent club has a one-to-one affiliation with the D-League. Furthermore I'd like all of the players on the Atlanta Hawks' D-League roster to belong to the parent NBA club. The NBA would then have reason to expand the draft and clubs could focus on more of a development model rather than having to take a short look at a guy and then cut him loose quickly. Many clubs are grabbing D-League teams for one-to-one affiliations but many franchises, like Atlanta, are sharing a D-League team with four or five other NBA teams.

Give the fine folks of Seattle another NBA team

I listed this last but this is probably the first thing I would do as commissioner. The Seattle Supersonics were one of the teams I liked most growing up with the league and it isn't right that they no longer have a professional NBA team. I wasn't for moving the Kings because I shudder to think about losing my team to another city. The only answer is expansion and if it requires adding an additional team to keep things even then so be it. Las Vegas seems like another logical choice. Again don't bug me with logistics just bring back the Sonics.

I could get off on a tangent about officiating and how it needs to be fixed and also about instant replay on which I am torn. On one hand I like the idea of getting calls right but on the other I don't like the idea of stopping multiple times at the end of an important game to review a call. I will leave those things for others to deal with.

Exit Question: What would you do if you were Commissioner for a day?