In a how-about-that turn of events, former Atlanta Hawks head coach Larry Drew is trying to summon the point guard with whom he placed a lot of blame on while in Atlanta, Jeff Teague.

As if their backcourt situation not sufficiently up in air ... hearing Bucks, at behest of new coach Larry Drew, pursuing RFA Jeff Teague

It was Larry Drew who often used Jeff Teague as his virtual tackling dummy when things didn't go as planned on the court for the Hawks. It was Drew who used Jamal Crawford, then Jannero Pargo, then Devin Harris as punitive markers on the court when Teague played less than the aggressive brand of basketball Drew was looking for at the point.

During and after games, you could hear Drew lamenting, "Boy, if Jeff Teague were just more assertive, aggressive" in describing his opinions about the speedy, talented guard.

So it's a mild surprise that Drew would be behesting (original word!) anything at all regarding Teague. 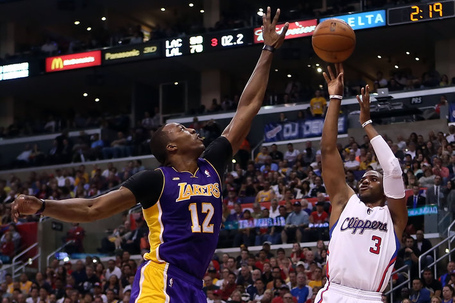 Tom Ziller ranks the top 19 and many more free agents -- a must read look at the players available to sign.

Is there something he knows about the Hawks front office opinion about Teague? Does he know the Hawks won't match? Does Drew know the magic number that would turn the Hawks away from Teague?

Seems like Drew would rather dance with the devil he knows rather than Qualifying Offer Brandon Jennings or something less talented/malleable to Drew's gameplan. Besides, Teague already knows what Drew wants to do on offense -- could be a quick fit for a coach looking to make a quick impact on a playoff-caliber team.

Teague has a qualifying offer on the table from the Hawks, a 1 year, approx 4.5M dollar contract to play out his option and become an unrestricted free agent. If the Bucks do sign Teague to an offer sheet, the Hawks have three days to match. After that period, Teague's 6M cap hold would be off the books for the Hawks, or if the Hawks match, it would be the first year $$ from the new contract.