The beginning of the free agency nuttiness yielded a very tasty fall back plan for the Hawks if Dwight Howard chooses Houston over Atlanta.

When Plan B might not be too horribly far from Plan A....

According to a new source, and one I really don't know all that well and hadn't been on Twitter in 260 days before this tweet, but still looks interesting.....

Source tells me the Hawks are hoping Howard goes to Houston if its not them, plan on offering to s&t Smith for Asik or get Asik outright.

You want rebounding, Jason Walker? You really want rebounding, Hawks fans? Well then, the Hawks are lining up two fantastic options for help for Al Horford on that front and fill a hole that has been exposed for over a decade.

First is Howard, who the Hawks will hopefully woo without resorting to the kind of clowns-from-a-Volkswagen type theatrics in which some teams engage . Howard is an epic defensive center, with 30+% defensive rebounding and obvious MVP credentials.

However, if Howard chooses not to come home to Atlanta and play the safe route, and he ends up in Houston instead, the sign-and-trade scenario with the Rockets looks pretty good.

The 2013 NBA Free Agent Signing Board 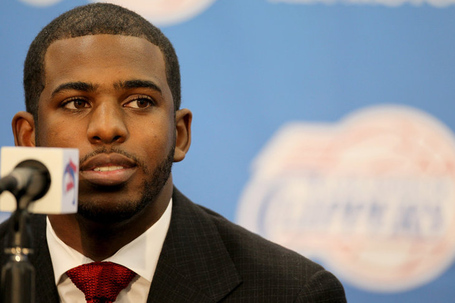 It's back! In Color! It's the 2013 NBA Free Agents Signing Board! Follow along throughout the Free Agent season as we track all the signings on our color-coded tracking board.

Omer Asik is not even in the same ballpark with Howard when it comes to overall game, which is why Houston seeks Howard's services over Asik's. But, Asik is a very good defensive center and brings rebounds to the playground, lots and lots of rebounds.

Asik, if he were to become a Hawk, would be the best rebounding player the Hawks have employed since Dikembe Mutombo.

The link above shows the two seasons a Hawk player has grabbed 30% of the available defensive rebounds since they moved to Atlanta. One is Mutombo circa 1999-2000 and the other is the epic 1991-92 season from Kevin Willis. Asik managed to do this last year, at age 26, in his first full season as a starter.

Asik signed a famous offer sheet last year from Houston, in which a poison pill was put into deter the Bulls from matching. The contract was laid out so that the Bulls would have to pay Asik a balloon payment of 15 million dollars in year three of the contract, but for the team offering, it was spread evenly over three years in terms of cap hit, for a total of about 8.374M per year.

Robert Mays of Grantland said this at the time of Asik's Getaway Loophole:

The way Asik's contract offer from Houston is structured, that would mean a price tag of about $14 million in 2014-15. The catch is in how the deal is paid out differently by the team making the offer and the team having to match it (the Bulls). For Houston, Asik's cap hit each year would be the total money evenly split over three seasons. For the Bulls, it would mean having to pay that $14 million in the final year, a figure that would put them way over the luxury tax threshold right when the tax penalties are slated to become even more severe for repeat payers. That difference in $6 million makes matching the Rockets' offer go from irresponsible to nearly impossible.

So if the Hawks miss out on Howard, then it's possible that Ferry has planned to take advantage of his Bird Rights with Josh Smith and would also enable the nine-year Hawk to join his buddy Howard in Houston in return for a front-line defensive center who would immediately solidify the defensive rebounding hole in the roster and move Al Horford to power forward, satisfying our man there.

Not bad for a Plan B.