The 2013 NBA Free Agent Signing Board

It's back! In Color! It's the 2013 NBA Free Agents Signing Board! Follow along throughout the Free Agent season as we track all the signings on our color-coded tracking board.

Share All sharing options for: The 2013 NBA Free Agent Signing Board

The 2013 NBA Free Agents Signing Board. We've been doing this every year since I was at the old site and it remains fun to check in and track the latest free agent signings and to see who is left out there to sign.

As players sign, we'll update the sheet and color code them with (sort of) team colors to distinguish them from the other signings.

This year, we've added some columns and sorted by Win Shares, giving us a look at who the strongest are in this year's free agent class.

Grading the trades and signings 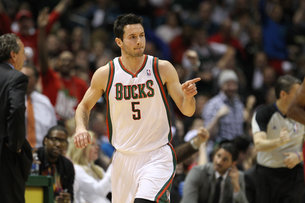 Mike Prada grades all the trades and free agent signings - a must read in the crazy season.

No surprise to see Chris Paul at the top, but how about Tiago Splitter third? Or David West and Al Jefferson higher than Dwight Howard? You won't believe where Josh Smith ranks in this list either.

Since the Hawks have some dough, and some of their own free agents, it should be an interesting year to see what happens and track all the changes throughout the free agency season.

Bookmark it, ogle it, think about the possibilities of your team snagging an undervalued player for a lower-than-market-value-price (2012's Louis Williams, for example).

Also, Mike Prada is grading every trade and signing over on the SBNation main stage. A must read over there, too.

Looking for someone in particular? Hit CTRL-F and find that special someone you are looking for.

As always, no flash photography -- it scares the ink -- now let's see the board!