The Sporting News reports the Boston Celtics have identified the man they want to bring in after the Big 3 era: Josh Smith.

According to long time TSN NBA writer Sean Deveney, the Boston Celtics will be poised to strike when free agency officially begins -- and their first target is Josh Smith.

As for the rebuilding sure to follow the dismantling, that is contingent on what happens with Pierce. If the Celtics can unload Pierce to a team with enough cap space to absorb his salary, they will get a trade exception worth Pierce's salary, or $15.3 million. And if that happens, the plan is already in place. According to a source, the Celtics have a sign-and-trade offer ready for Atlanta forward Josh Smith that would be the top priority in free agency.

As Deveney says, any such activity for the as-of-now capped out C's are concerned begins with creating an exception from purging Paul Pierce to a team under the cap, providing a trade exception that can be used for a sign-and-trade with the Hawks for Smith.

Ideally, the Hawks would want nothing but futures for Smith from the Celtics, because they won't be trading Rajon Rondo to Atlanta and the Hawks would likely be better served using the draft to build than any mid-level and above rotation players the Celtics would be able to provide.

Quick Look at Free Agency for the Hawks 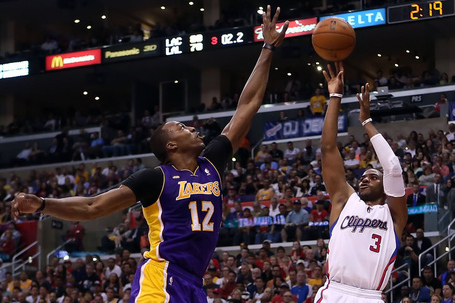 A closer look at the top names of this summer's unrestricted free agent class.

Smith can only get a four year deal if he is signed and traded or even signs outright with any team other than the Hawks, who have shown no public interest in bringing the nine-season forward back to the ATL.

The bigger question in Deveney's piece is who wants to take Paul Pierce, with only the Cavaliers and Bucks showing marginal interest and having the requisite cap space to deliver on a deal.

Deveney also mentions the Bucks as perhaps being interested in signing Smith outright, perhaps not wanting to facilitate the Celtics acquisition of Smith.