We have been following various mock drafts for the last couple of weeks and there has been a great deal of similarities in most of them. SLAMOnline introduces a couple of new names to the equation including a center prospect that until this point we have pretty much ignored.

The first thing that jumps out about SLAM's projection is that they have Mason Plumlee going one pick earlier to the Boston Celtics. Nogueira is another project big man that would fit into the stash for a year and save some cap room now plan. 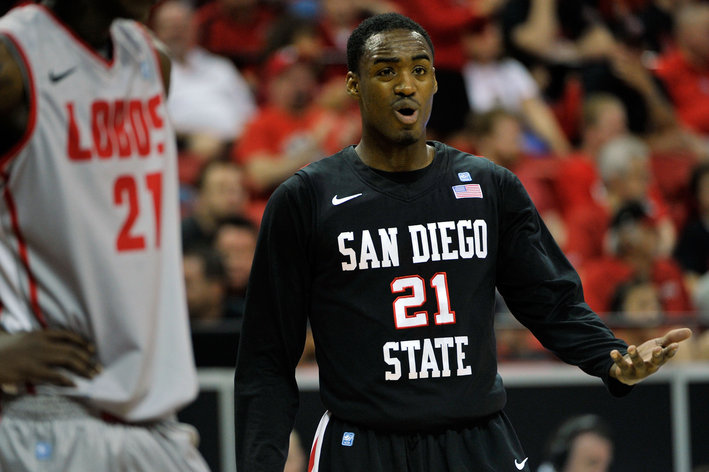 Jamaal Franklin is still feeling the effects of an ankle injury and likely won't risk working out before the NBA Draft.

While super raw on the offensive end, Nogueira has some professional international experience (Spain's Liga ACB), and only appears to be getting better against the better overseas talent (2013 adidas Eurocamp). And it says here that the new Hawks head coach worked with a pretty damn good 7-footer during his tenure in San Antonio, so I'm guessing he'll have a few lessons to share with the young fella when the time is right.

Here is a look at Nogueira's scouting report via DraftExpress:

Mitchell is a 6-8, 235 pound forward that has often been criticized for not doing more on the basketball court. Sound familiar?

You see, in a lot of ways Tony Mitchell is just a younger version of Josh Smith. Atlanta fans certainly hope the rookie is able to slide in and out of the two forward slots like J-Smoove has over the past few years. But at the same time, they also need Tony to be disciplined enough to know that 22-foot jumpers from the corner aren't a great look for him. Smith wasn't able to do that; now he's likely elsewhere.

Mitchell is a talent and if he hadn't coasted through his sophomore season he would likely be in the discussion as a lottery pick. Still he is a high upside guy and hopefully Mike Budenholzer and his staff will be able to take guys like Mitchell and push them to new heights in terms of their ability.

Of course he could also be the type of player that Budenholzer and the Hawks choose to stay away from. SB Nation's Jonathan Tjarks has been enamored with Mitchell for some time but I think a little less of him as a potential pick for the Hawks.