ESPN.com's Kevin Pelton outlines a scenario where the Atlanta Hawks could give both Dwight Howard and Chris Paul max deals this summer.

Share All sharing options for: Kevin Pelton outlines how the Hawks could offer max deals to Dwight Howard and Chris Paul

For those wondering if the Atlanta Hawks could sign both Dwight Howard and Chris Paul to max contracts this summer the answer is yes but it would take a little work on their part as outlined by ESPN.com's Kevin Pelton.

According to Pelton, the Hawks would have to trade Lou Williams and last year's first round pick John Jenkins or one of this year's first round picks without taking back any salary in return. We have already discussed a situation where Atlanta could take a European player from Europe like Giannis Antetokounmpo and sending a signed letter to the league indicating that he had no intention of playing in the NBA next season. 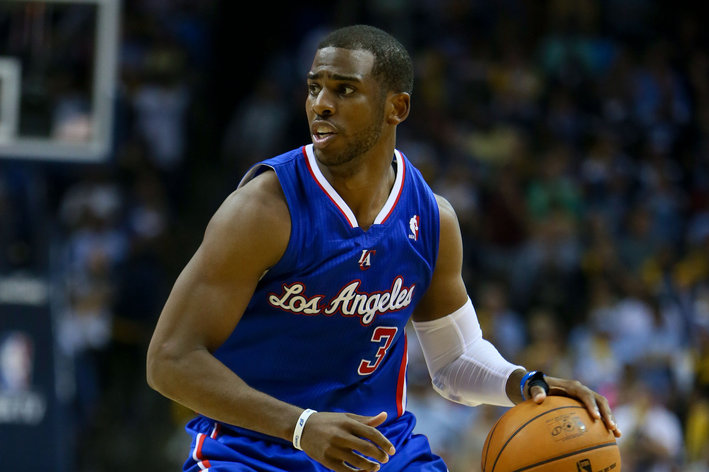 ESPN.com's Chris Broussard reports that Chris Paul and Dwight Howard have been in contact with each other and want to play together next season.

Still, to clear enough room to sign both Howard and Paul to the max, Atlanta would have to trade Williams and either Jenkins or one of this year's two first-round picks without taking back any salary. The team could use the pick as a carrot to get a team under the cap or with a trade exception to take on Williams, whose contract is reasonable despite the ACL injury that ended his 2012-13 campaign.

Atlanta would also have to renounce all of its impending free agents including Josh Smith and Jeff Teague. They would then be left to fill out the roster with the "room exception" and minimum contracts. Paul or Howard could also agree to less than a max deal as Dwyane Wade, LeBron James and Chris Bosh did to give themselves more room to bring in other assets but that may be a hard sell. It will be up to Ferry to convince Paul and Howard that teaming up with Al Horford and taking a little less money to fill up the roster is what it will take to potentially win a championship.

The Hawks would have to renounce the rights to Smith and point guard Jeff Teague in order to make this all work. So Atlanta's cupboard would be nearly completely bare -- Horford, Howard, Paul and Jenkins along with one of the first-round picks and whatever free agents the team could sign using the "room exception" ($2.65 million, which could be split up) and the minimum salary. But Howard and Paul would be together -- and Atlanta is far and away the most realistic situation for making that happen.

So the situation is possible but there are a lot of moving parts involved and Danny Ferry will have to work quickly once free agency opens to get it done.