One of the bigger unknowns in the draft, Greek 18 year old Giannis Antetokounmpo has been linked to the Atlanta Hawks -- but will he even be there when they pick at #17 -- and who is this guy, anyway?

One of the possible NBA Draft scenarios for the Atlanta Hawks and their two first round picks is the potential to draft someone from overseas and have them develop over there, saving the Hawks perhaps essential cap space to chase max free agents.

One of the top players in that scenario is Greek forward Giannis Antetokounmpo, who just turned 18 and has been playing in a Greek "B" league this past season.

The footage on YouTube shows Giannis playing in what looks to be rec-league type games, but recently he played against higher competition.

From ESPN.com's Fran Fraschilla, who penned a terrific "Who is Giannis Antetokounmpo?" piece for the .com yesterday:

Virtually every NBA team had representatives in Jesolo, and Antetokounmpo's performances were impressive, particularly against Italy and Turkey's national "B" teams, which were made up of proven European veteran players. Antetokounmpo showed outstanding poise and feel for the game, displayed unselfishness (not always easy when you know scouts are watching) and played with good energy.

On the downside, he needs to get stronger, is an average NBA athlete and needs to develop more consistency with his jump shot. But those are areas that can be improved with physical maturity, work ethic and time.

From the footage from the excellent DraftExpress/SBNation profile, you can see what Fran is talking about. Giannis looks to be a Toni Kukoc type point forward, with his team constantly depending on the 6'9 teenager to bring the ball up the court for the team. 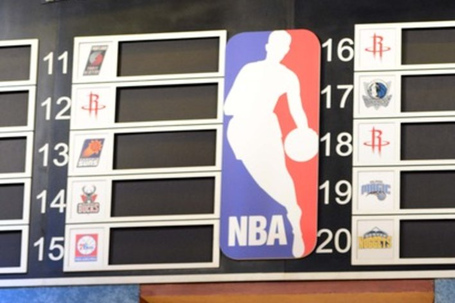 You can check out any of these players bios by going to the SBNATION NBA Draft Big Board and clicking on any of the 40 customized player profiles done with our partner, DraftExpress. Awesome, awesome way to catch up on these draft picks.

Giannis displays a good eye for initiating the offense, not waiting to long to pull the trigger on the first pass and often taking advantage of his own mismatches. He finishes above the rim, shows an instinct for blocking shots defensively and has a good frame for future growth, meaning he may not always be a skinny forward as he physically develops.

At worst, he is a Boris Diaw type facilitator, but Giannis shows a drive to be better than Boris ever desired to be as he came over to the Hawks.

Fraschilla has a nice Q/A with the young man during the same scouting trip and check out a couple of these answers and ask yourself if you could see him as a Danny Ferry/Mike Budenholzer type player:

Fraschilla: Who is your favorite NBA team?

Antetokounmpo: I don't have any specific preference, but I really love the style of play that San Antonio plays. They are a team, and everyone plays for the team.

Fraschilla: How have you improved so much?

Antetokounmpo: It's simple: 365 days per year in the gym for five to seven hours. Nothing comes easy.

Read the whole thing and you will start to see why Giannis may not be around when the Hawks pick at #17. DraftExpress moved Giannis above the Hawks in their last two mock drafts, currently landing at #16 to a possibly rebuilding Boston Celtics team.

Chad Ford has had Giannis a lot lower, but judging by his last big board, I would guess that is going to change:

Antetokounmpo clearly has tremendous upside, and based on the feedback I heard, really helped himself. Some scouts believe he won't get past the Hawks on draft night.