The Milwaukee Bucks have not announced any additions to Larry Drew's coaching staff but Nick Van Exel and Bob Bender were on hand Tuesday to assist in Milwaukee's draft workout.

Former Atlanta Hawks assistant coach Bob Bender and Player Development Instructor Nick Van Exel were in Milwaukee on Tuesday assisting Larry Drew in predraft workouts. The Bucks have yet to make any announcement regarding Drew's coaching staff but Van Exel and Bender's presence at the workout suggest that it is just a matter of time. No word on whether or not Lester Conner was also at the workout. 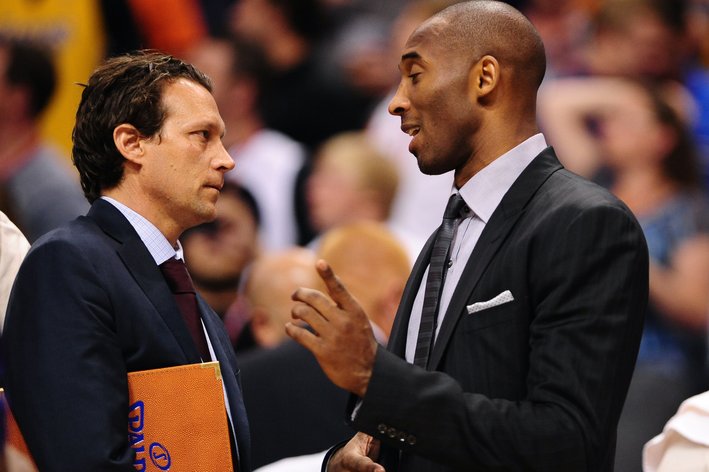 Bender and Van Exel had been a part of Drew's staff in Atlanta during his entire tenure with the Hawks. Milwaukee has already informed the remainder of its incumbent coaching staff that their contracts would not be renewed.

Bob Weiss and Kenny Atkinson joined Drew's staff prior to this season. Weiss is likely moving on and there has been no mention of Atkinson this offseason.

Atlanta hired San Antonio assistant Mike Budenholzer to replace Drew and named Quin Snyder as an assistant coach earlier this week. The rest of his staff will presumedly be announced after Budenholzer's obligations with the Spurs during the Finals are complete