The Atlanta Hawks have played their draft interests close to the vest this summer and it is still anyone's guess at who they may be targeting in the NBA Draft.

Share All sharing options for: 2013 NBA Draft: Atlanta Hawks flying under the radar

The Atlanta Hawks decision to not disclose draft workout participants this summer has casted a shadow over who the team may be targeting in the 2013 NBA Draft. ESPN.com's Chad Ford updated his big board of prospects on Tuesdayand while some teams are mentioned many times, the Hawks continue to fly under the radar for the most part. Interestingly, Atlanta is mentioned to be in on a couple of foreign prospects.

Ford lists the Hawks among the teams interested in Russian shooting guard Sergey Karasev who is 6-7 and has cancelled the remainder of his workouts and is back in Russia.

Karasev worked out in Las Vegas for a couple of hours and then shut things down before the draft. He got on a plane back to Russia and canceled his remaining workouts. The Hawks and Cavs look like the teams with the most interest in him, though the Wolves have taken a strong look at him as high as No. 9. 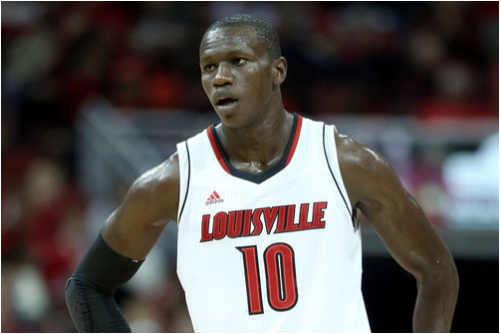 Karasev is ranked No. 22 on Ford's big board of the top 30 players. Ford also has the Hawks as one of the teams interested in Greece small forward Giannis Antetokounmpo. Ford goes so far to say that he has heard that Antetokounmpo won't slide past the Hawks who have the 17th and 18th picks in the draft.

Antetokounmpo was the star of the Eurocamp even though he didn't play a single minute there. His under-20 Greek team played a few exhibition games 40 minutes from Treviso, and a horde of NBA GMs and scouts skipped out of the evening Eurocamp games to take a look as he played against his first real competition of the year. Antetokounmpo's 11 points, six rebounds and four assists in the opening game versus Croatia were met with both praise (for his athletic ability and overall talent) and wariness (virtually every GM and scout I spoke with felt he is years away from contributing at the NBA level). He was much better in the second game, scoring 17 points and grabbing five rebounds in just 20 minutes against Turkey. Unfortunately, many of the NBA scouts who attended the first game didn't come back to see him against Turkey. Antetokounmpo clearly has tremendous upside, and based on the feedback I heard, really helped himself. Some scouts believe he won't get past the Hawks on draft night.

As Jason pointed out earlier, it makes sense to link the Hawks to a foreign prospect especially in the case of Antetokounmpo. The Hawks can save even more salary cap space for free agency this summer by selecting a player that won't come to the NBA next season. Karasev appears to be interested in coming over to play right away. Antetokounmpo is ranked at No. 23 on Ford's big board.

Ford also reports that Michigan shooting guard Tim Hardaway Jr. has already worked out for the Hawks as well. Ford ranks him at No. 30 on the big board and sees him as a mid to late first round pick. However, most mock drafts have him sliding into the second round.

A few other interesting things to note:

Pitt's Steven Adams is the highest ranked center at No. 12 behind the big three of Noel, Len and Zeller.

Mason Plumlee checks in at No. 15

International prospects Rudy Gobert ranks at No. 21 while Lucas Nogueira is at No. 24.

Louisville's Gorgui Dieng comes in at No. 28 and Kansas' Jeff Withey drops out of the top 30.