The Atlanta Hawks lost for the third straight time Saturday against the San Antonio Spurs but they got more than solid performances from rookies John Jenkins and Mike Scott.

We are not about moral victories here at Peachtree Hoops but in the wake of a recent string of lackluster performances Saturday night's effort was refreshing. Especially the performance of Atlanta's two rookies, John Jenkins and Mike Scott, who at times have been forgotten about this season.

Prior to Saturday's game, Jenkins had missed four straight games after suffering a concussion on a hard screen against the Boston Celtics. He returned to action on Saturday and with the Hawks short handed he got plenty of opportunities. Jenkins didn't waste any of them finishing with a game-high 23 points on 7-9 shooting including 3-3 from beyond the arc. 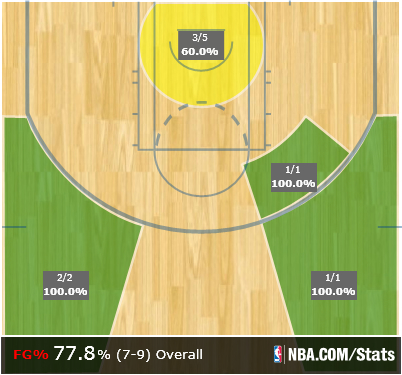 In addition to his hot shooting from the field Jenkins was a perfect 6-6 from the free throw line. Perhaps the most important thing to take from his shot chart is that five of his attempts came in the paint which shows he is developing into a complete player instead of just a perimeter shooter.

Mike Scott was no slouch either finishing 8-15 from the floor for 22 points to go along with six rebounds. Scott has performed well of late when given adequate minutes having scored 19 points a week ago against the Celtics in 23 minutes. Scott played 36 minutes on Saturday against the Spurs and attempted 10 of his 15 shots in the paint or just outside. 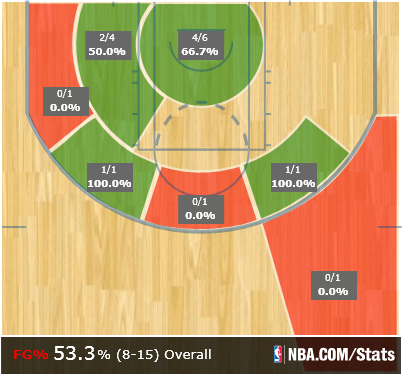 One thing to like about Scott is his aggressiveness. He is no longer afraid to put up shot attempts and attack inside against NBA competition. His performances of late indicate that he may deserve more than a glance when playoff rotations are established.