It happened. Kyle has the all-time 3-point streak record. We didn't jinx it. It's awesome.

He did it. It's over. A streak that started 13 months ago and, now, 90 Kyle Korver games ago, continued Friday night in Atlanta as the Hawks' three-point bombardier made an early three-pointer to break Dana Barros' 17-year old mark of 89 straight games with a three.

The Cavs seemed especially eager to keep Kyle from the ball and not to set the record on them. Alonzo Gee was up on Kyle beyond even the three-point line. The Hawks used this to their advantage early by using Kyle and the record as a decoy, opening up the middle considerably for easy shots.

The first play was such a ruse, as Kyle came running around multiple picks and the Cavs over-reacted, leaving Paul Millsap wide open under the hoop. Jeff Teague found him easily and the Hawks were off and running.

Even Korver got into the act, pump faking a three and then driving the lane, dishing for an easy assist before his historic moment.

The basket itself, a reality with 5:29 to go in the first quarter, came as Paul Millsap drew considerable attention to himself in the lane. 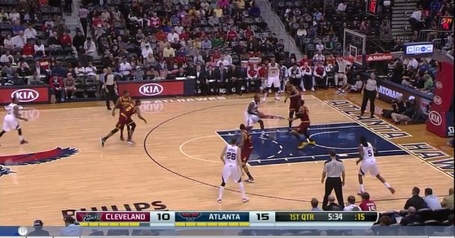 DeMarre Carroll's man, CJ Miles (#0), crashes to help, leaving Alonzo Gee (#33) to decide who to cover as Millsap gets ready to kick the ball back outside. 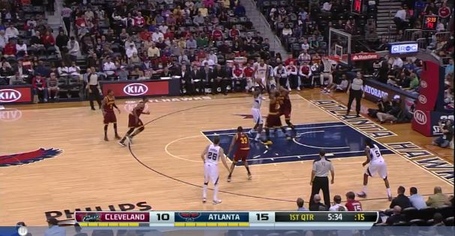 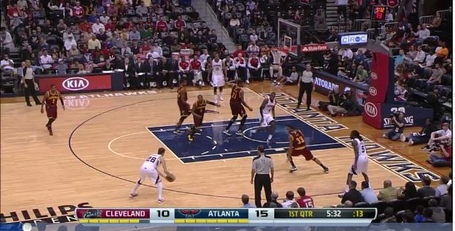 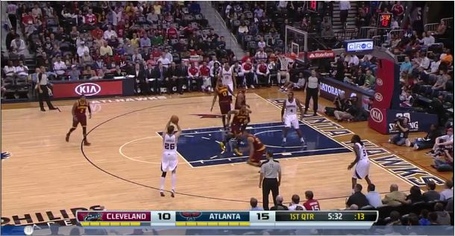 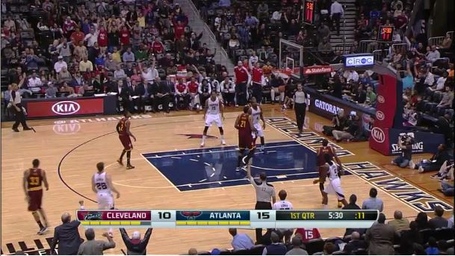 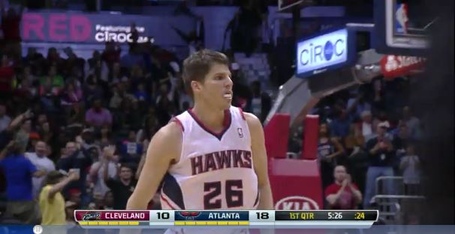 Korver's streak will continue and we'll be here to run it out with Kyle, who looked noticeably relieved to, in his words on the telecast, just get back to playing basketball.

Now it's Kyle's and we salute, congratulate and thank him for all his excellence and awesomeness.