The new-look Atlanta Hawks open up their preseason schedule with a trip a trip to Miami to take on the World Champion Heat.

The Atlanta Hawks open their preseason schedule Monday in Miami against the World Champion Heat. The game will mark the debut of Mike Budenholzer as the head coach of the Hawks and many new players will be making their first appearances in an Atlanta uniform.

The Hawks are expected to go with a starting lineup that features Jeff Teague and Kyle Korver at the guards, DeMarre Carroll and Paul Millsap at the forwards along with Al Horford at center. The rotation behind those starters is worth paying attention to as there are still several spots that are up for grabs.

Rookie Dennis Schröder enters the preseason as the likely backup to Jeff Teague with Shelvin Mack and Royal Ivey battling for the No. 3 point guard job. Neither John Jenkins (back) or Lou Williams (knee) will play on Monday leaving Jared Cunningham and training camp invite David Lighty as the likely options at shooting guard behind Korver.

Jenkins out against Heat 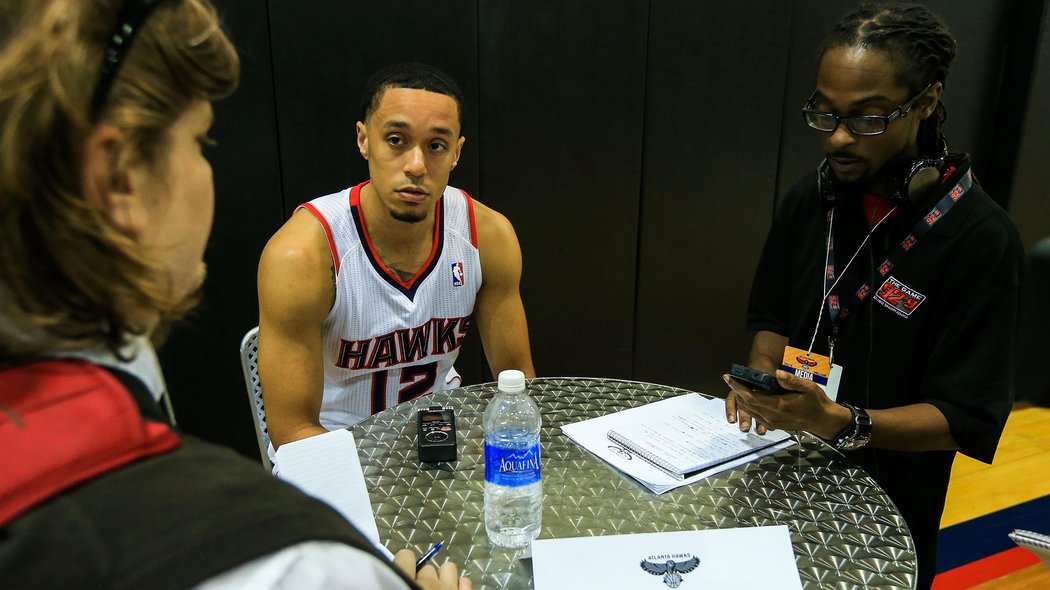 The frontcourt rotation, particularly at small forward, also bears watching. Carroll is the likely starter at the three but both Damien Wilkins and James Johnson figure to compete for a roster spot. Elton Brand is a good bet as the first big off the bench at either power forward or center leaving Gustavo Ayon, Pero Antic and Mike Scott battling for playing time.

The game will also be the first live test of Budenholzer's offensive and defensive systems. The new offense figures to resemble a lot of what we have seen from the San Antonio Spurs with a lot of movement and pick and roll opportunities. Throughout camp, Budenholzer has stressed the importance of sharing the basketball and it will be interesting to see what kind of progress has been made a week into camp.

Defensively Budenholzer has talked a lot about individual accountability. A quick glance at the roster shows a lack of long perimeter defenders on the wing beyond Carroll so this will be our first look at how the team will handle that against the likes of LeBron James and Dwyane Wade.

Miami's core group from last season's championship team returns again looking for a three-peat. They signed center Greg Oden to a contract during the offseason but neither he nor Udonis Haslem are expected to play on Monday. Other intriguing names on Miami's preseason roster are former No. 2 overall pick Michael Beasley and former UCLA Bruin Larry Drew II who is the son of former Hawks head coach Larry Drew.