The Atlanta Hawks used a sideline out of bounds play to perfection to take the lead in the final moments of Wednesday's 93-92 win over the Toronto Raptors.

Share All sharing options for: Hawks execute game-winning play to perfection against Raptors

The Atlanta Hawks have been one of the best teams in the league at scoring out of timeouts this season and Wednesday's 93-92 win over the Toronto Raptors is another example. With Atlanta trailing 92-91 the Hawks took a time with 27 seconds remaining and here is a closer look at the winning play. 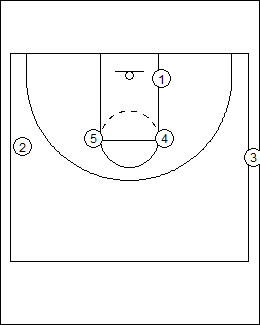 In this alignment Jeff Teague (1) and positioned on the ball side block. Kyle Korver (3) takes the ball out of bounds while Al Horford (5) and Josh Smith (4) position themselves at the elbows. DeShawn Stevenson balances the floor on the opposite side wing. 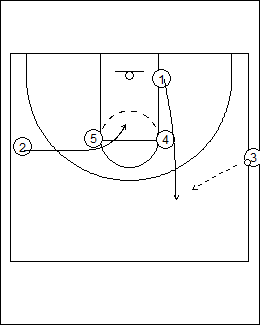 Teague uses a screen from Smith to get open and receives the ball out front. This action sets the play in motion. DeShawn Stevenson cuts off of Horford and flashes into the lane. He will eventually fill out to the opposite corner where he spots up. 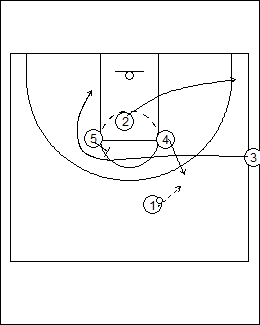 Stevenson clears out to the corner and Korver begins his cut. Kyle rubs off of Smith and around Horford and cuts down to the opposite block. After rubbing Korver's man, Smith steps out and receives the pass from Teague. 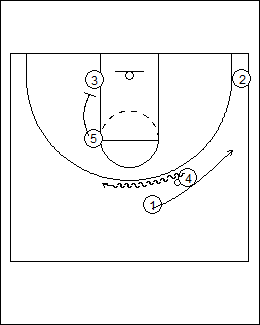 After passing to Smith, Teague cuts off of him and fills out to the wing. Smith dribbles across the top of the key while Korver finishes his cut. Horford follows Korver to the block and sets a downscreen. Here the Hawks have options depending on how Toronto plays it. 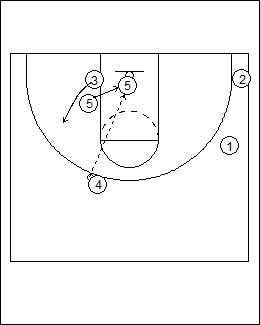 As the play unfolds, Aaron Gray sees Horford's screen and steps over the top to cut down the passing angle to Korver. Horford recognizes this and slips it sliding right to the basket where Smith finds him for the dunk. If Gray stays home on the play then the pass goes to Korver coming of Horford's screen. No doubt Larry Drew expected the Raptors to show hard given that it was Korver coming off the screen and he took advantage of their aggressive defense.

Following the game both Josh Smith dubbed the play as the Hawks' fourth-and-one play:

"It was a good play," Josh said. "They were hedging out on Kyle all night long, which is respectable because he can knock down that jump shot, and the play was just ran to perfection, Al set the screen, slipped it hard, I gutted it and thread it down the middle for the dunk...I do, I do love it. That's our fourth-and-one play."

Al Horford added that it was a play that the Hawks work on a lot:

"Yeah, it was a good play that we have and we work on it," said Al. "You gotta give credit to Coach Drew cause he's the one who drew it up and we just go out and execute it. Really, just credit to coach. He really spends a lot of time running through these ATO (after timeout) plays and I think we're probably one of the better teams in the league at doing them. We're executing them and they work for us."