I am sure it's just formality, a polite comment during an introductory conversation between Hawks rookie shooting guard John Jenkins and Hoopsworld's Lang Greene, a friend of the blog. But something about it rings the bell of change -- see if you can detect what it might be.

Surely, he means support like this picture, first posted by our own commentor, JoshChildressAfroIsCure4Cancer: 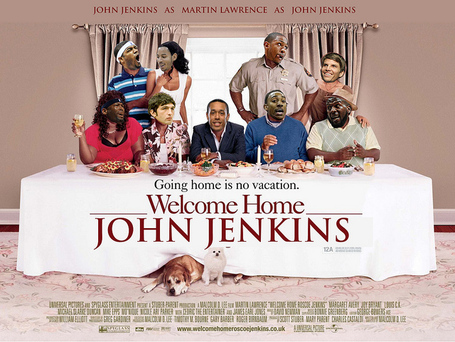 If you doubt that Jenkins caught it -- doubt no longer:

This picture is way too funny haha twitter.com/JohnnyCashVU23…

If Jenkins is feeling the love, as he should given the number of Vanderbilt fans who has populated my timelines on Twitter (welcome!) and this blog, it's a bit of a change from the last shooting guard who had residence here, one who famously derided the Hawks fans and stated, in a tone-deaf manner, that he couldn't care less if the fans were even there.

Now, we know that Joe didn't mean screw the fans, he meant they play for each other in that locker room, that you have to insulate yourself against anything, good or bad, from the outside to focus on the team.

But for a rather stoic figure on the court and in the public eye, to make one of your seldom statements to the outside one in which the people that have stuck it out with this franchise are of no value, it only served to further the emotional detachment between the people and one of the best players than franchise has employed.

Now, Joe Johnson is in Brooklyn and making grand statements about being on the best team he's ever been on since Phoenix and how the Nets are better than the Knicks. Good for him -- after years of being miscast as the franchise player he can feel the relative ease from that particular burden and act accordingly.

I am glad he feels the pressure off and is cutting loose -- it's not unlike someone who has held a job for a long time but hates it, then finds something he enjoys much better for the same pay. Yahtzee! He is no longer the highest paid player expected to be a franchise savior and leader -- he can just be highly paid, do his thing, and let Deron Williams lead the way, publicly and on the court.

Now comes a player to Atlanta who knows not what has been but what he sees. And John Jenkins is feeling the warm glow of hope that a refresh can bring to a franchise -- he feels the excitement of a fan base that can appreciate his quick release, lethal pump fakes and ability to score the basketball.

He's not expected to replace Joe Johnson, and should enjoy a warm honeymoon period given the fanbase didn't expect the Hawks to select him and have low expectations for Jenkins despite his SEC cred.

These moves by Danny Ferry will bring about lowered expectations to some degree and the fans will revel in every positive that a rookie like Jenkins can bring (see Teague, Jeff for the latest in this series).

We're moving on as a fanbase, for better or worse, and we are getting behind the men in Hawks unis as we always have -- and now getting acknowledged a little bit along the way.