Those who know Peachtree Hoops knows two things about us: We love our Hawks, and we love our style. When the two come together, it's like Dean Martin and Sammy Davis, Jr -- sweet, beautiful music.

Adidas has asked us to begin the discussion on the best facial or hairdo styles in Atlanta Hawks history. Oh, I know, too many to count, but we focused in on two historical pillars of the Hawks (ok, not really) and two more current examples. 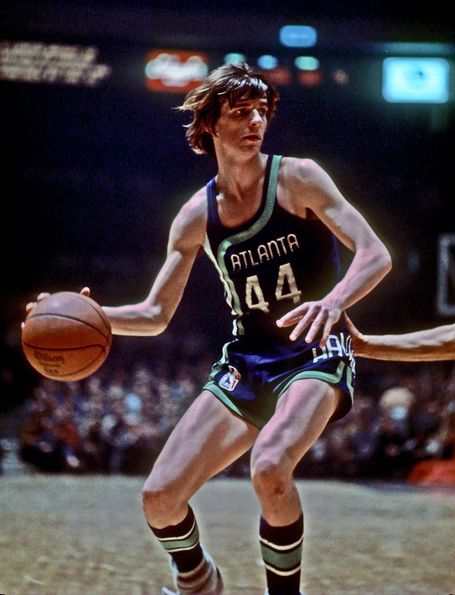 The mop-top, Abbey-Road Beatles look was good for the basketball stylings of Maravich who, in true Hawks fashion, fell way short of the expectations when Atlanta drafted him third overall in the 1970 draft. That he added a rocking mustache later didn't ease the pain. We'll never know what might have been on the court between he and Julius Erving, who the Hawks had for a week in 1973, but we do know this about Maravich: He was unforgettable in terms of style. 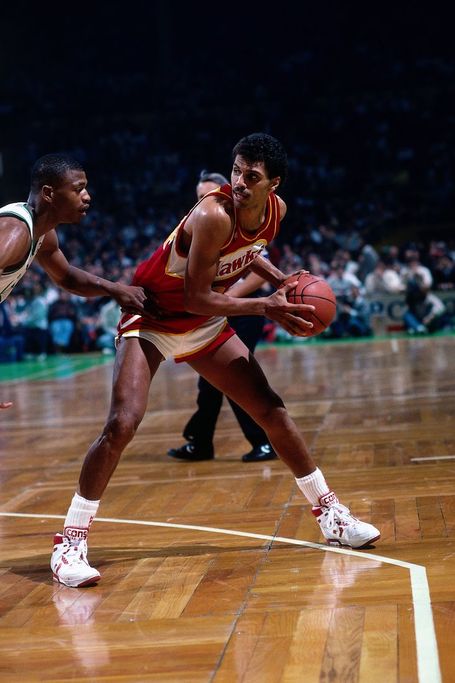 Don't pretend you're not looking at Reggie, admiring his handsome good looks and that fantastic hair style. Theus curl was revered until A.C Green and Michael Cage took it to another level, but there may never have been a Hawk more interested in his looks than Theus -- until Zaza Pachulia came around.

We sort of cheated including Reggie as a Hawk, after all, he played a single season (82 games) with the Hawks, but it was such a momumental season, having been brought in with Moses Malone to take Atlanta to the next level, that we feel Reggie was more than just a transient figure in Hawks history. The 1988-1989 season may not have brought the Hawks a title, or even past the ceiling that is the second round, but it did bring a serious hair style to the team and for that, we can be forever grateful. 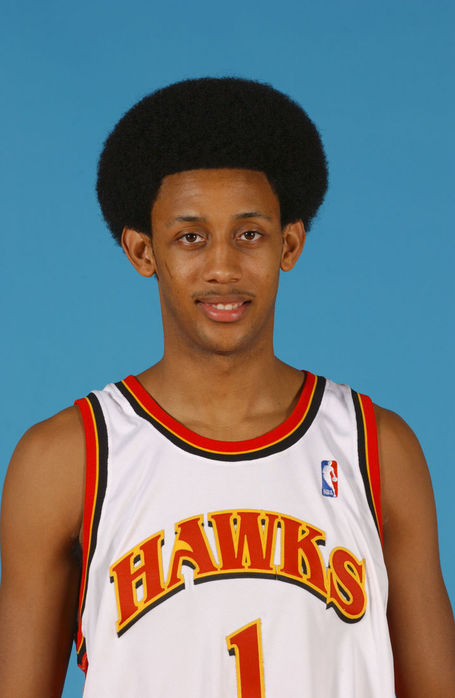 The retro-fro was famous from his Stanford days and it never caught on a trend around fellow hoopsters, but there is no doubt that, while it didn't spark a hair style revolution, it is one of the more iconic styles in the league.

Still rocking the fro today, Childress rocked it best with the Hawks, who selected the slender 6'9 forward #6 in the 2004 draft ahead of Luol Deng, Andre Iguodala, Al Jefferson and his soon to-be teammate and current Hawk Josh Smith.

Flyiing around for offensive rebounds, slamming down dunks and displaying his odd shooting style, Josh and his #1 uniform worked in perfect concert with his unforgettable do. Wish he'd never thought that Greece was the word and left the Hawks, but we will always include Chillz as one of the best all-time hair styles in Hawks history. 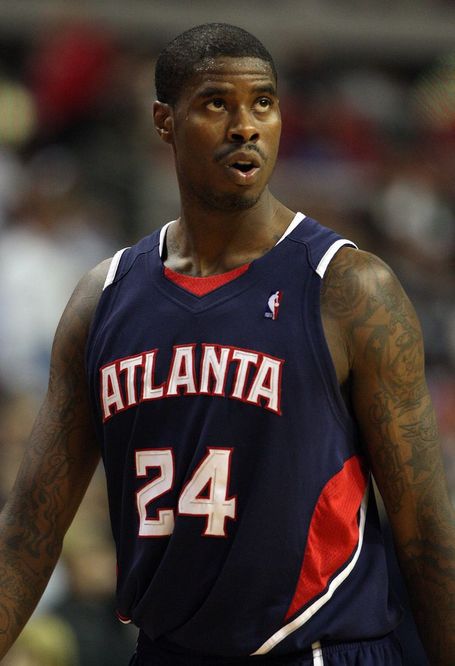 It's fitting that Childress is forced to share time and space in this hair arena (hairena?) with the same guy he was forced to share/split time with after being the #2 player in the draft in 2005, Marvin Williams.

Marvin never had the hair style to make you curious, but his mustache sure did. Marvin's Stache is revered through the NBA kingdom, stopping traffic and causing multiple technical fouls due to the stoppage of play that invariably results from the admiration of Marvin's signature facial motif.

Oh sure, you can maybe make the case that the Hawks should have selected Chris Paul or Deron Williams over Marvin but what has either of those selfish creatures ever done to satisfy the more aesthetically pleasing about the NBA -- the facial hair aspect of the game.

And if Adidas ever wants to double-down and talk about how guys walk in the league, it'll be another homage to Marvin, who never, ever disappoints.