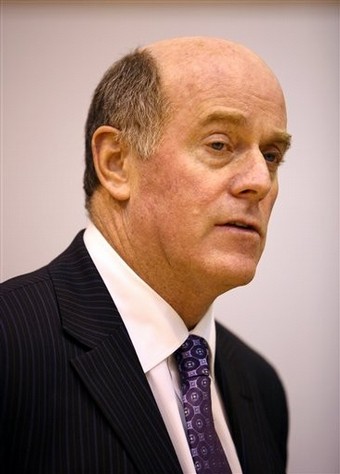 One last Honesty Corner before our Postseason Preview Truths, so let's get to it.
Disclaimer: As always, all criticisms come after blaming the Atlanta Spirit Group first, management second, and then coaches and players last.  Those criticisms come through the prism of winning championships (or the things that result in championship team building).
Truth 1. Wizards' Loss Foreshadows Certain Playoff Futility.
Let's start with this.  The losses to the Pacers and Wizards happened without Josh Smith or Jason Collins.  That matters....for about 5 points.  After that, what happened the last two games is ludicrous.  I've spent an inordinate amount of time speaking with full throated clarity that this team is weak-minded, rudderless, and lack leaders.  Does someone want to offer an argument that disputes that? Where's the leader who either says "Coach Drew, we don't want to play and rather than embarrass you and the organization - we implore you to rest us and play the reserves or says we will do our damnedest to blow these guys out, SO we can rest."  That can't be understated any more than when you lose with the ease that you lose vs. the Pacers (a team also looking for momentum going into the playoffs) and then, come back and have no pride vs. a team that has former teammates on it ready to show you why you made a mistake by trading them.
How that happens...how no one gets tossed (Coach Drew), how no one absolutely obliterates their teammates (Joe, Al, Josh), and how you let the 3rd WORST team beat you by 30 points is beyond unfathomable. I used to be under the impression that we could only possibly defeat the Sixers, Knicks, and Pacers in a playoff series and the Knicks and Sixers were iffy, but now - no 7 game series is safe. For those who got excited by the prospect of the Magic as the opponent, this sets up as a sweep if I've ever seen one.
Truth 2. Game 80 I Don't Knows.
Anytime your captains say that they don't know what to do to make things better in game 80 - you are failing.  Whenever your coach is unable to pinpoint ways to get the best out of the players he has at his disposal - it's pretty much a wrap. All these 'I don't know' give me a 'I do know' and that's I do know that we're not winning a playoff game, much less a playoff series.
Also, here's a quick note - if anyone is under the impression that this team much like what happened last year with Mike Woodson hasn't checked out - how then do you explain that the coach was very clear that he wanted to use these last 4 games to gain momentum and they instead laid down, presumably to rest and avoid injury.  I'm just waiting for the first player to say it's time for Coach Drew to go because I've yet to hear ONE Hawk make a declaration all season about their support of Coach Drew.  If the Hawks had courage and wanted to win, one of them would say so.

Bonus Truth. When Mike Bibby is making layups and going to the free throw line, you have no hope.

Yes, the game was a disaster UNLESS you were a reserve and unfortunately, the reserves (save Zaza and Jamal) will not be making appearances during the playoffs and even if they do - there won't be any trust in them to contribute to the task of winning the game.  There's little evidence that if the game was meaningful that Coach Drew wouldn't have pulled the reserves at some point (and for the record, Josh Powell could have been replaced by another reserve).  So, if you strip back to the guys who needed to gather some momentum, well - short of Josh Smith shooting jump shots successfully (and even that's fool's gold) - there was nothing to be excited about from our starters. I could recount the ways, but I think my headline says it all.

The quickness deprived Mike Bibby took Kirk 'brought here for his defense' Hinrich to the hole 2 of 3 possessions, found the free throw line on a drive, and simply outplayed Kirk Hinrich in a way that almost no other point guard is outplayed vs. Mike Bibby. And this on the heels of the ex-Hawks in Washington outplaying our new acquisition just spells the unholy trifecta.  We have the worst players, draft picks, and salary implications from our trade.  How is this not an unmitigated disaster again.  Don't let the reserves play mask what was most important. If we actually believed that those reserves are going to provide real support during the playoffs, then that game has value.  Coach Drew's trust in his bench leads me to believe that none is the answer.  And I have yet to discuss how listless we looked defensively when the starters were on the floor.  No hope, I tell you...

And with that note, that's this week's 5 Truths....agree or disagree if you must, but if it's the Honesty Corner, then it can't be lies.  See you in the comments...