If you buy something from an SB Nation link, Vox Media may earn a commission. See our ethics statement.

More after the jump

"The style of the shoe is really what catches you. I mean it definitely has that look where you can be able to wear it on the court and off the court-it has that type of style," said Smith. "It's really light. The SPRINTWEB is good for support, cutting in and out of your plays. It's a comfortable shoe, you know as soon as I put my foot in it felt like I had worn it three or five times already." 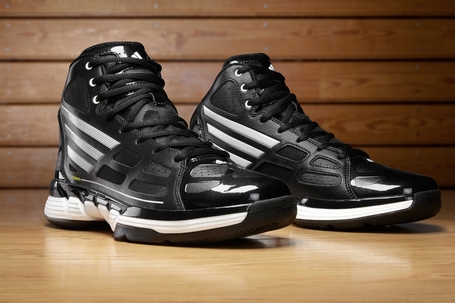