The ups and downs of being a fan of a team is something that should be expected and ultimately embraced. We all want to see our team win and make the moves that we deem successful and that are in the best interest of the team. But let's not kid ourselves, things could be worse.

Would you want to be a Cavaliers fan right now? Your star player stayed with you without much back-and-forth drama.

Would you want to be a Pistons fan right now ... unsure if your favorite team will remain in the city you love?

This summer has included:

With all that said, there are things to be happy (or satisfied) about.

More after the jump... 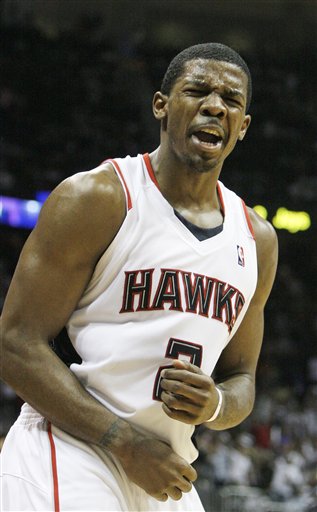 Give him credit. Joe gambled and he won. He got the contract of his dreams. The ASG said all along that they would do whatever it takes to keep Joe in Atlanta, and they did. While the contract appears to strangle the Hawks from making more needed moves, the words from the executives were still of continued building. We haven't seen that, but at the minimum we know the Hawks won't be dismantled by the loss of their franchise player.  Look around people... every other team with big name free agent(s) save the Heat, Mavericks, Grizzlies and Celtics have lost a huge contributor or franchise player this summer. If the ASG's word mean anything, there's more help to come. 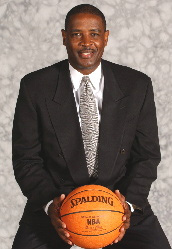 Was Larry Drew the cheap hire? Monetarily, yes. Do I believe the man has good ideas on how to the make the offense less iso-heavy? Definitely, yes. Do I think a more movement based offense will be better for this team in the long run? Oh hell yes. My only concern is that he doesn't over organize. With players like Josh Smith, Joe Johnson, Jeff Teague, Jamal Crawford and Jordan Crawford, being able to allow them to utilize their athleticism and natural player instincts is what made the Hawks a dangerous offensive team from night to night. A little structure will help get more people involved and won't allow opposing defenses to get settled and suffocate the playmakers. Let's just hope there's not an information and philosophy overload that will cause push back and negative results similar to what we saw in Phoenix with Terry Porter. Of course Atlanta and Phoenix have different pieces and strengths so the example isn't quite the same. I'm simply speaking on the principle of change. Change in moderation will do wonders for this team on offense. While we didn't see the Hawks' top talent running the new system last night in Summer League action, I enjoyed watching the various moving parts attempt to execute the new offense. 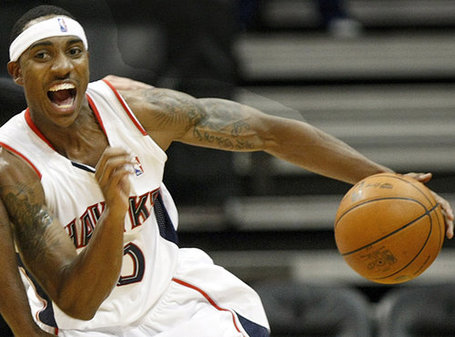 I don't put too much stock into Summer League performances, but I'd like to think I know how to read between the lines. There's three things that you cannot discount when looking at a player on the court ... their comfort level, confidence and eagerness to lead. I saw all three in Jeff Teague last night versus the Grizzlies. If he can continue on the positive path that I see him taking, he will be making Hawks fans happy for a long while. 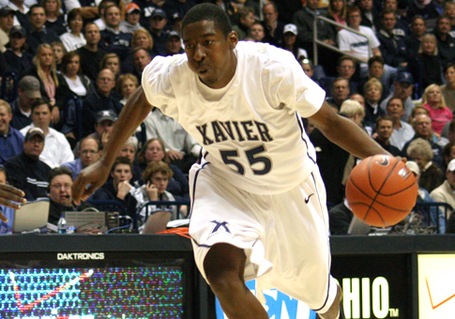 In a couple seasons, Rick Sund and crew won't be remembered for selling draft picks in 2010. Acquiring Jordan Crawford at #27 value was an excellent decision. His shooting ability, athleticism and confidence were never the question, but he seemed to answer a couple more last night in his first Summer League appearance. His highlight passing skills were very impressive. I didn't expect to see him make plays for others, but he showed some flashes of being able to do so. He also worked hard on defense. I'm sure The Ghost of Woody was quite proud. Barring any early season injuries, it will be tough for him to get much playing time early on. Depending on the standings at the trade deadline, the expiring contract of Jamal Crawford will be easier to move because of this young talent. Lastly, I agree with the PTH commenter xavip from last night, let's not call him JC2 because he'll be making his own mark.

Sure there's room for improvement all. I'm sure every franchise and their fans feel the same. Our goal at Peachtree Hoops is to be a motivator for success and I think we do that quite well. Our voice is strong and we're getting more reach every day. We aren't here to rain on the parade daily with our opinions. We just strive for the fan's voice to be heard and considered as a whole. We're thankful for the accomplishments of the team and the prospects of more success in the future, but we also refuse to be apathetic.