It is all numbers these days! Benchmarks for the 3rd seed in the East.

Share All sharing options for: It is all numbers these days! Benchmarks for the 3rd seed in the East. 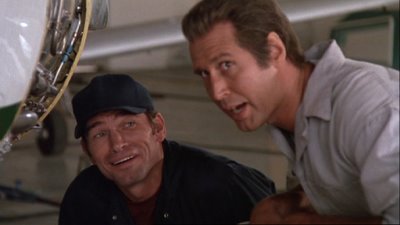 The Hawks are going to be hard pressed to make serious headway on the big three in the East. Barring injuries within Cleveland, Orlando, and Boston, a miracle will probably be necessary. But things could break right. It is not out of the realm of possibilities to say one of those teams vastly overachieved last year and/or their new team makeup is now decently overrated. Yet, as the "young" Hawks move further and further from those potential filled early days, it is easier and easier to put "unrealized" instead of "unfulfilled" next to that big "P" word. It would be no natural progression for the Hawks to move up in the East. Yet the breaks could go Atlanta's way, subtle improvements could translate into brazen moves forward. Stranger things have happened. Much stranger things.

Therefore, staying (mostly) out of the world of divine intervention, let's look at a few numbers that might push the Hawks closer to at least threatening the big three.

20 x 2: Two Hawks players with a PER over 20. Obviously, Joe Johnson and Josh Smith are the primary candidates. Both have been within seven tenths of breaking the barrier but neither has ever done it. And neither player matched their career high last year. Smith seems the most likely to step back closer to the 20 since he had noticeable drops in rebounding, free throw shooting, and assists per 40 minutes last year. I would like to think rest for Joe Johnson would avoid the January swoon that has hurt his stats the last few years, but Johnson's career high in PER came during his career high in usage and minutes per game. You may not need a superstar if you have to complimentary all-stars. Just for point of reference though, only Kevin Garnett posted a PER over 20 last year for the Celtics.

14 and 10: Al Horford has been the model of consistency his first two years in the league. He made slight improvements in almost every category except rebounding while barely increasing his usage rate. The Hawks will need Al Horford more involved in the offense and Al needs to return to the consistent double digit rebounder that he was his rookie season. 14 points and 10 boards a night would qualify as making the "third year jump."

3.06: Mike Bibby was eighth in the league in assist to turnover ratio. He needs to keep up the pace. John Hollinger rather insightfully points out in his Hawks preview (insider only) that Atlanta was one of the few teams (ever) to have a low turnover rate and high free throws attempted (FTA/TO). I did not even know this was a stat, but apparently, it is, and apparently, it is important. The Hawks were the only team in the league in the top five in FTA and bottom ten in TOs. Basically, the team got to the line without turning it over a lot. Those two things are normally mutually exclusive. I really don't know how the team did this. I feel Joe, Josh, and Zaza turnover the ball all the time, but that is apparently just a feeling and not a fact. Regardless, the reality for this season is the Hawks need to keep it up, and that starts with Mike Bibby again in the top ten of assist to turnover. And if Woodson wants to give Horford and Josh more shots around the basket to increase that free throw attempt rate, fine by me.

15: The Hawks were 23rd in the league in rebounding last year. The big three were all in the top nine. The Hawks have to improve rebounding. This falls most heavily on Josh Smith who seemed to take less interest (and that is putting it kindly when referring to the first half of the season) in this area of his game last year. But to come even close to 15th in the league, it will be a team effort. The Hawks are not designed to dominate the boards, but that does not mean they can't be average.

41.6%: In a full season, this is the highest shooting percentage of Jamal Crawford (still not very good). It is also the only one he predominantly came off the bench. Could be a coincidence, but a career year of shooting even if it is against other team's second units would be a huge boom in reducing minutes for starters and continuing the second quarter dominance that helped defined the Hawks success last year.

More things will have to happen. Other numbers will need to bubble up (feel free to throw out others in the comments). But the fact of the matter is, if the Hawks just hope to break into the top three, they are going to remain 12 games out. Hope is not going to have anything to do with it. It is going to take action. Real improvement inside of all out effort. And even then it might not be enough, but it will be darn fun to watch.