Share All sharing options for: Marvin Williams, the professional

Knowing you are going to make over 40 millions dollars in your career. Probably more than that. What would you want more. An extra 12 million dollars and a perpetual cloud of not being good enough, of being measured against something you are not. Or would you rather be a little lighter in the wallet and look like an overachieving, no nonsense class act.

In the same draft as Marvin Williams, Jason Maxiell went 26th overall to the Pistons. He made $4,798,012 over the length of his rookie deal compared to Marvin's $18,160,542 over the same period (HT Shamsports for the numbers) Pistons fans loved Maxiell during that rookie deal. Hawks, less so with Marv. There are two main complaints about Marvin Williams. One is that he is not Chris Paul or Deron Williams. The other is that he under utilizes his skill. Not that he over utilizes skills he does not have, just that he lacks aggressiveness. At worst, you say he lacks focus during the game. No one knocks his defense, his ability to make good decisions, his jumper, his athleticism to finish. We just want to see more and/or transform him into an all-star point guard.

I bring this up to put it into perspective. Marvin Williams will be judged now and forever for being the number two pick. He got paid handsomely for it, but had he been drafted at 26, Marvin jersey sales double. Hawks blogs pop up called "Marvin's Playground." People give him standing ovations after he "shuts" LeBron done for only 27 points.

So what would you do? You are rich beyond belief already. Would you take a 180 change in the fan base for less money? Of course...... 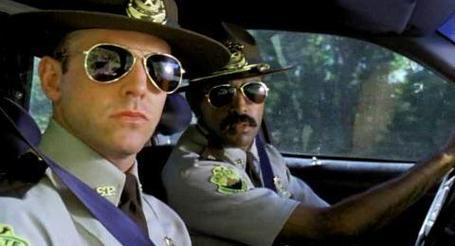 .....you wouldn't. Shoot, you could say "Chris Paul" at the end of every sentence like "the meow" game and I would just use one of my extra twelve million to have you sent away. We shouldn't feel bad for Marvin. But as he starts his second contract, we shouldn't worry about whether he is going to ever live up to that second pick status either. If perspective is key to understanding a player, we don't know much about our starting small forward.

Marvin Williams plays a premiere position relatively averagely. Not even being that conservative, there are probably eight guys in the Eastern conference who are better small forwards. That is kind of crazy when you think about it. Clearly, small forward is the position to play if you want to get paid. None of those guys above Marvin make less than him. They actually all make a lot more, and Marvin is set to make almost forty million dollars over the length of his deal.

The point of all this is simply to say despite all that Marvin lacks, despite who he is not and who he has yet to become, despite his middle of the road status and goofy walk, Marvin somehow manages to be nothing but professional. When you leave the context of the draft, he leaves little left to root against.

Marvin has around two more summers to finish college (that is three years completed post draft). His number one excitement about making money was that he could pay for his brothers and sisters to go to college. Every off-season, Williams goes and works on part of his game, and actually comes back improved. Marv embraces his role on the team even when fans clamor for him to be selfish. He has worked himself into an above average defender and can score from a variety of angles and with a diversity of methods.

You cannot count on Marvin the way you hoped, but in the context of the team, you may be able to count on him the most. And it shows. Bibby goes out, and we have Jamal Crawford. Joe cannot play and we get excited to see guys receive more touches. Josh misses action, and we are finally able to see Horford at the power forward position. Zaza can always decently fill in for big Al. Marvin is a different story. No one on the team can do what he can do. Those eight guys above him on the eastern conference small forward depth chart are not going to guard themselves. Marvin uniquely, if rather averagely, can hit the jumper, drive to the hoop, get to the line, make the free throw, finish on the break, and defend on the ball. Marvin Williams is our glue guy, if glue guys can be pretty good starters.

The rub of course is that for the Hawks to take any serious step forward Williams is going to have move beyond glue. He is going to have to take his baseline of skills and push them to the limit. Marvin needs to over achieve from his current pace. The good news is he has the ability to do so somewhat because of his former draft status. Marv still has that mythical "potential" quality. His usage rates, or lack their of, still leave room for hope.  His consistent improvement still allows for the idea that he is far from being a complete player.

To be honest, it probably won't happen. At least not in the idealistic way I envision in my head. Marvin probably will not ever become exceptional at one aspect of his game. "Professionals" are different than some of the guys that master something. Marvin is not selfish enough to work for strictly his own benefit and not obsessive enough to work so he can dominate. He works because it is his job.  And that work will probably pay off for him to become the fourth or so best small forward in the conference.

Will that be enough for the Hawks to take the next step over the next few years? I have my doubts. Want him to change then? Demand it coaches. Marvin is a professional. He meets his job description.