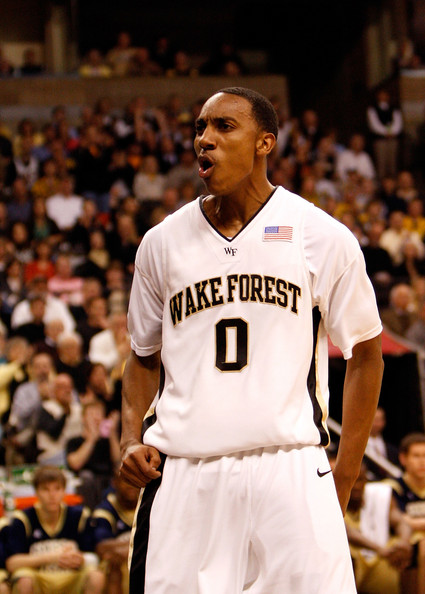 I like Jeff Teague. I like him for the Hawks. I like him with Mike Bibby. But for my own sanity, I have begun to look for ways to bring expectations somewhere near reality. Teague is going to struggle to see minutes let alone make a meaningful impact. That is why I do not appreciate Sekou Smith's latest blog where he lauds praise on Teague like he is going to make Mike Bibby's contract look horrible because Jeff is not going to let him see the court. I am glad Teague is working hard, but most players work in the off season. I certainly remember Sekou making me think Acie Law was going to help me forget who Chris Paul was and that did not work out quite so well.

I am not going to predict anything. Combing a player of incredible talent and athleticism with questionable effort and focus is a recipe for the unknown. That is without even factoring in a coach like Woodson. But at least we can examine some of our irrational, dark fears alongside our wholly out of reality hopes and dreams and maybe get a better idea of what to expect from our first round draft pick.

Good Cop: Teague is not going to be asked to run the team, and by the time his contribution may really be needed in the playoffs, he will have an entire season of adjusting under his belt.

Bad Cop: Jeff Teague was unstoppable in the first 19 games of the season. The argument could have been made that he was the best player in the ACC during that stretch. Then his stat plummeted and defensive effort slightly, shall we say, disappeared. And it cannot be ignored that those 19 games came against some less than stellar competition. When the ACC season began, Teague was not the best player in the ACC.

Good Cop: Part of his stat drop off can be attributed to the fact that he became the focal point of other defenses. Unless something totally awesome or totally awful happens, that is not going to happen on the Hawks. And head to head against the best point guard in the ACC Ty Lawson? Yea, Jeff Teague destroyed him.

Bad Cop: Teague can thrive in an up tempo game. He is not a dribble down the court and pass it Joe Johnson type of player. He drives, he kicks, he dunks, he runs, he pushes the pace and drills a fast break three. Do you really think Woodson is going to help him do any of those things?

Good Cop: Ummm,...good point. But if Teague gets minutes, the offense could open up. Woodson never had confidence in Acie Law. If he can buy into Teague, we may finally see the Hawks push the pace, take advantage of the ability of Al Horford and Josh Smith, shoot, maybe even see a pick and roll. You know for those 8 minutes Jeff plays.

Bad Cop: We have Jamal Crawford. We don't need more shooting scoring off the bench. We need defense and assists. Those are two of Teague's weaknesses. Is Bibby going to teach him about either of those things? This could be horrible.

Good Cop: With the hand check rules in the NBA, Teague is going to have an easier time getting in the paint than he did in college. But the help defense will be much better too. Very few free drives to the basket exist after simply beating one man. Easier to beat your man but harder to score in the paint? Could equal easier/more assists. And top competition will bring out top effort on defense. Especially if that is what gets him playing time with Woodson.

Bad Cop: But Woodson has shown no interest in developing rookies ever since he has had the option of whether to do so or not. He actually has said he forgets to give them minutes. Unless Teague demands it with his play, Woodson is not going to give him "development" minutes.

Good Cop: Rick Sund is invested in Jeff Teague. He wants him to be developed. It is clear, with the Mike Bibby resigning, that he looks for Teague to grow into the starting role. If Woodson cannot show the ability to develop that investment, Sund might decide not to have the ability to resign the coach.

So there you go. This season, Jeff Teague is going to be somewhere between 60 DNPs and 6th man of the year. Hope that helps.