Share All sharing options for: Three links of optimism? 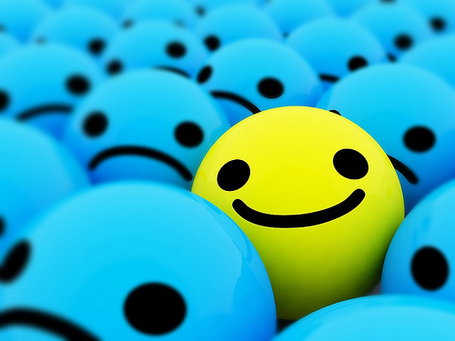 1. The Bucks did not tender an offer to Charlie Villanueva making him an unrestricted free agent. The final, team option year was worth 4.6 million. Villanueva averaged 16.2 points 6.7 rebounds, and consistently great tweeting last season in only 27 minutes.

The Cavs appear to be a serious contender and they have around 5.6 million to spend. Would the Hawks outbid that? Is it worth it? Could they still sign Zaza, Marvin, and/or Bibby? All good questions. But the dude can score, would add size, and just got a whole lot easier to sign.

And for those with the Ramon Sessions crush, don't let the Bucks tendered offer sadden you. Milwaukee is not looking to spend money and the qualifying offer for Sessions was only a little over a million dollars. The team had nothing to lose giving him that QO since he is going to make more than it anyway. Sessions could still easily be stolen.

The Bucks may not have offered Charlie the QO because he could have ended up accepting the qualifying offer leaving the Bucks unable to match an offer for sessions. So Sessions is probably not an option. Charlie V. is. So....one and half links of optimism?

Teague is entering the NBA as a rookie point guard. For most rookie point guards and the fans who root them on, that is not a comforting sentence. But in this case, the NBA is going to be a welcome boost to Jeff's game over his college experience.

3. Jamal Crawford is ecstatic to be a Hawk. And Mike Woodson is almost as happy. Because you as coach says,

"I never try to take anything away from a player that's his strength. In that regard, there are a lot of things I can do with him on the basketball court offensively."

Somewhere Marvin Williams, Al Horford, and Josh Smith are finding walls to introduce their heads to.