State of the Hawks Coaching

Share All sharing options for: State of the Hawks Coaching

Mike Woodson is coming back. Not surprising. As much as I dislike his coaching, it is hard for a cash strapped organization to fire a coach they have given this long a leash to and allowed this much time for a team to grow into a certain style of play and leadership structure. Plus, ten game improvement and a second round playoff trip without Josh Childress is impressive. At the very least you give credit to Woodson for his survival skills. He lasted long enough for his young players to grow into some of their talent.

Yes, Mike Woodson probably deserves to stay. I don't know any person that would be comfortable in a job that shows a 27% increase in productivity and that be unacceptable. And lets be honest, Atlanta is not exactly college football crazy about their NBA team. Only Alabama is firing coaches after 27% improvement.

How did he do it? Woody never let the bench lose the Hawks a game all year. Incredible but true. You could say Flip had a bad night or Zaza did not get his rebounds but the onus for the final results fell on the five starters for 82 games. Maybe it was. I am not going to sit here and say I would have been pleased to see the Hawks in the lottery or with a first round exit. And maybe this coaching style was the only way to get at least a semblance of satisfaction from the season.

But like anyone that searches out a Hawks blog, I am not a fan of the Hawks team to experience occasional sweet dunks, entertaining kiss cams, and brief moments of Tekeo Spikes sitting in front of me. I want Atlanta to still be playing right now. I want to be forced to switch that vacation I had planed for June. Heck, I want to have the confidence to not even think about planning a vacation in early June. And while I can swallow humble pie and say Woodson coached enough to see the end of his contract, I in know way think Woodson can lead a team to said date in June. Not with this team, not with a better team, very possibly not even with the A team. 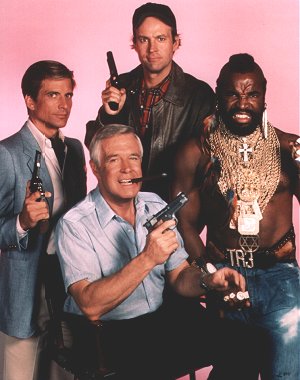 To be fair, Woodson would only have four players on the court.

I rant and rave about Woodson all the time. But the man gives a lot of material. I mean he did give an introductory press conference where he said the offense would "work itself out." I don't want to bore you with a regurgitation but here are a quick three point recap.

Anyway, this was suppose to be a post about Woodson's non contract extensions. Check back at 1 pm for that. Something about Woody makes me very wordy. I think he may be my muse.