State of the Hawks Nation

Share All sharing options for: State of the Hawks Nation 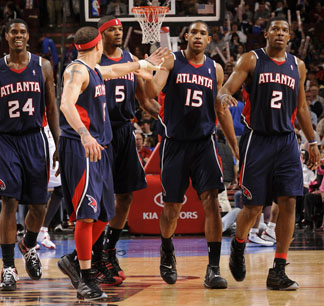 I have been looking for the pitcher of kool-aid for the last week. I want to drink it. I have watched this video every hour on the hour. It pulls at me but never in the direction of screw all rationale, head first in the shallow end, crazy time fandom that I want. The video doesn't drag me forward; it just pushes me back toward nostalgia.

Ant that's bad. The Hawks lost a first round series last year. No reason to pine for those days gone by.

As a young lad watching the Hawks, I was crushed with the Nique trade. I stopped watching anyone but Jordan play. The Jason Terry years brought me back into the fold, but I remained at a distance. I checked box scores and read recaps and thats about it. My fandom fluctuated. I would never call myself a lifer Hawks fan because of it. You can call me what you will. I just found it hard to root for Isaiah Rider. I came back full bore with the Mike Woodson hiring. New coach, new ownership, team from scratch, I could buy in.

It was that start at the bottom and you only have one way to go mentality that I liked. People called me crazy or dumb or worse. They were not even scared to say it behind my back. But I found a lot of solace in the ground level mentality. No one could call me fair weather after this. There is something about watching a 13-69 season that makes any fan own it. You root for that kind of team half heartedly, and you give wasting time new meaning. So you just have to buy in. You just have to start loving the faults, the empty arena, the sublime irrelevance of it all.

Which is what made last season so great. Some teams, who may or may not have won 17 odd championships, mocked us. They said why are you so excited about losing a first round series? Why do you insist on rivalry talk? Going into this season, national media type ignored the chatter from the Hawks locker room, and even us bloggers downplayed the hype Mike Woodson and crew were giving to that 7 game series. People referenced point differential and final outcomes. They said what's the big deal. Lots of teams were bad and got better. One of them one a championship last year. Why put any onus on a first round series loss? Have fun with your 31 win season.

I only made it to one playoff game last year. Game four. And to hear the noise in that place. To see Zaza go at Garnett and Horford transform into a leader, beckoning the crowd to its feet. To witness a team say, "we are not scared" was this granting of permission for all Hawks fans to say, "I guess we're not scared either." It was permission to live in the moment. And so when that moment crescendoed in game 6, my friend, who has sat through a lot of Hawks games, who has gone to countless Braves playoff wins, a guy who has attended UGA games since he was a toddler, was able to say, with all honesty, it was the greatest sports atmosphere he had ever experienced.  And it happened in Phillips freaking Arena.

To know this kind of stuff is to know why the Hawks meant what they said when they planned to build off a lost series. And the team actually has. They stand ready to have home court in the first round. And still, I remain a man searching for the kool-aide. 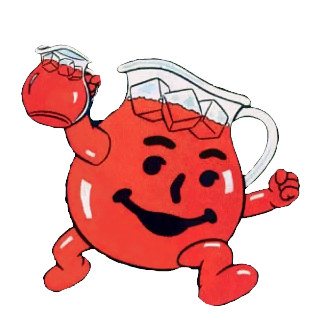 So many maybes. None of them I can control.

It makes me think back to all the maybes my friends tried to put in my head back in 2004. Maybe Atlanta is not an NBA town. Maybe the Hawks will always be mediocre at best forever. Maybe NBA players are thugs and only try in the fourth quarter. Maybe this is just a waste of time.

If I tried to control any of them, game four is not as sweet. That playoff series is not so exciting. That is not to say you can't question the coach (certainly not that!) and wonder about the direction or fear of the ownership, but it is to say there is something about fan loyalty. About when the rubber meets the road how you put the maybes aside.

There is something about ignoring logic, disregarding reason, and picking out your favorite Horford jersey that turns your hope for victory into believing in victory, where you replace optimism for all out belief.

And sure it can be crushing and it can be foolish, but it can also give you three games in April that will change the way you think about the NBA, basketball, and being a fan. It can make you a part of team.

So for me at least, it is time to put the maybes aside. Pass the kool-aide.