After game one, a media person asked Josh Smith if he names his dunks. He said no, I assume because that would come off as ridiculous, even though he must. But since these names are not public knowledge, I have decided to bestow labels to five of the Inspector's playoff dunks. Each one inspired by a Will Ferrell movies.

The Mugatu- The Mike Bibby delivered reverse ally hoop. Appreciated not so much for its thunderous ability, but the precise skill it took to pull off. The only way it worked is supreme trust in one's ability. I mean we are talking a half court pass, Josh Smith going full speed and a character based on the piano key necktie fashion designer. And when you see both, in some ways, you really do feel like you are taking crazy pills. 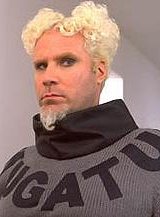 The Talladega- The Joe Johnson delivered ally hoop. A great dunk, a crowd pleaser, but once you have proved you can jump that high, dropping the ball in the hoop is really the least you can ask for. So its a bit on cruise control. Still, it comes down making that prayer and/or dunk your bitch.

The Blackout- The breakaway, hammer dunk. Named in honor of Old School's Frank Ricard. It starts out slow, no one knows what is going to happen, then a bag of awesomeness is unleashed so quickly, you really don't know what to say. It wins debates over James Carville, it demoralizes playoff teams, shoot, it probably saves lives. 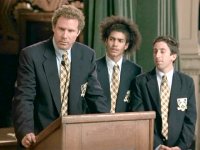 The Landlord- Representing the put back dunk. It was short, dynamic, incredible. And it makes you start to ask, how many different ways can one man dunk in a game? Some people will say its just a run of the mill slam. But to them I simply retort, "God, you're mean."

Sex Panther- Describing the one handed ally hoop throw down. Sure Anchor Man was good the first time you watched it, but the sixth time you realize this movie is incredible. It may never get old. You start making things up just to make the movie more amazing. Every time I watch this dunk now I pretend Josh Smith is right handed. This dunk smells like pure gasoline. 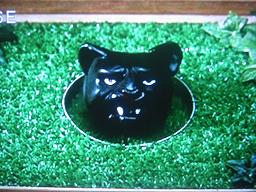