My First Round Preview on BDL

Share All sharing options for: My First Round Preview on BDL 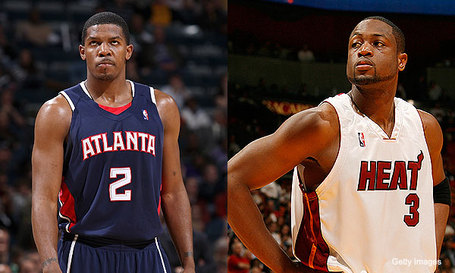 You can read the whole thing at Ball Don't Lie.

The biggest issue I have with this series is how hard it is to dislike Dwyane Wade. Bring back Paul Pierce please. The problem with this is Mr. Wade may force us Hawks fans into an awkward corner because the man could win the series by himself, forcing large amounts of disdain to be showered on such a seemingly nice man. What I am trying to say is Atlanta area T-mobiles have a lot riding on this series.

Dave from Peninsula is Mightier gives his opening too. So does Kelly Dwyer. If you are really lazy, we all say seven games; I am just the only one that picks the good guys.