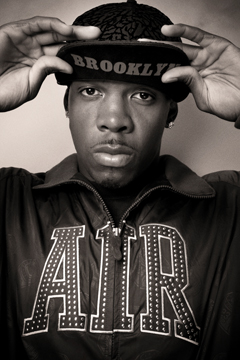 Well, it's not what I would wear to a picnic but your throwing it so...

Joe "freaking" Johnson played a basketball game today. Drives and jumpers, a dunk here, a five foot floater. His offensive repertoire was simply laid out picnic style today. Joe picked and chose. He dined leisurely but often and I simply watched and admired and thought about how much I like Sunday picnics with Joe Johnson. I think he may have missed those three pointers simply to leave us all with just a little something to want, like any good picnic does.

Yes, he is not as quick as Brandon Roy. He does not have the lift nor quite the finishing ability. But Joe has one thing. Complete and total relentlessness. Again and again he probed and gashed. He was the butcher and the server and the eater at this picnic. It was simply put an all-American butt whooping on a red checkered blankets. Pass the sweet tea.

Rebounding and why our front court is killing it.

Between Zaza, Josh, and Al, you will not see a better 14 rebound game than this one. Take away the first 8 or so minutes of first quarter when Przybilla had 7 rebounds, and you will witness a box out clinic. They may not have boarded the ball but the front line boxed people out so Mike Bibby could catch rebounds at his waist.

Outside of that, all they did was alter shots and dunk the ball. I mean Zaza had an "and one" and a dunk in the same game. Needless to say I bought 34 dollars worth of lottery tickets this afternoon.

Josh  Smith played about a quarter and half of "maybe I will try, maybe I won't" Josh Smith basketball, then he played the rest of the game like a full blown psycho. After not even being involved in a highlight play, Josh walked to the bench waving the crowd to its feet. That is the Josh Smith I would pay top dollar to see.

He could not be more entertaining to watch. He really couldn't. I am just not sure I like him alongside Acie, Flip, Zaza, and Josh. Not a lot of perimeter offense right there. But man does he provide energy. Also, Mario may or may not have killed a camera man on that failed attempt at a fast break lay up.

Big threes and not terrible defense. Lets keep playing teams that have Steve Blake as a point guard.

Brandon Roy can finish a drive like few people I have seen.

If LaMarcus Aldridge gets a really good inside game, he is going to be unstoppable.

For Portland, it may have been the early start, or the changing time zones or the first game in a road trip, but you can put "ifs" on any game but those in the playoffs. So in the end, the Hawks streak is now five and a statement has been made. And in honor of all that, Joe Johnson threw a picnic.

Highlights from my seats compliments of Micah Hart and comment of the game thread tomorrow. What a win.