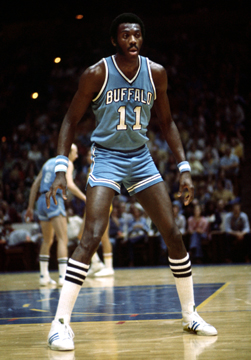 The Hawks subtly dominated this game from start to finish. If the Hawks had managed to lose this game, we would have called it a collapse. They were that in control. Sure, the team never put in a knockout punch, but they played great defense, and out hustled and out bruised Miami on offense.

I am sure Miami just had an off night, but they looked pretty bad. From their dunk contest warm up through 32 point first half, the Heat just lacked any real fire which overall is totally fine with me.

Do you know what  I liked most about  last night, 17, 14, 13, 15, 15*. Those were the shot attempts by the Hawks starters. I am under the firm impression that every time down the court the Hawks can get a good look. They have good enough players that cause good enough mismatches that every shot taken should have a reasonable chance of going in. I am not advocating that Josh Smith go 2-15 so that the shots are even, but when you share the ball and establish more than one player, those mismatches reveal themselves very well.

*With Bibby's illness, I combined Flip and his shot attempts. Kind of cheating i know

Take away four horrible jump shots, and Josh Smith played a great game. He filled up the box score without turning the ball over. He did not get to the free throw line but maybe that fact allowed him to play free of frustration.

Mike Bibby was clearly not well enough to play (or at least I hope that was the problem). Flu shots people! You have to get your flu shots! I would tell Mike to get better soon but I am pretty sure he does not read this blog.

Joe played good defense and good offense. Against a top three player in the league, you take that every time.

If there is such a thing as a quiet 20/20 game, Al Horford just had it. Every touch and rebound was right in the flow of the game. And it makes me think that this was not simply the product of a few lucky ball bounces, but a conscious decision by the team and most importantly by Al to attack on offense. Here is to hoping Al stays very conscious the rest of the season.