Utah 108, Atlanta 89 or where guarantees are thrown out the window

Share All sharing options for: Utah 108, Atlanta 89 or where guarantees are thrown out the window 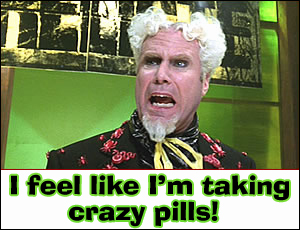 Sekou's Blog: Where he gets progressively more upset in the comments.

It would have been a close game, but if we only counted their wide open threes and dunks, I think Jazz still win by three.

I don't care if a team has not one in a specific city since 1993, if you have a legitimate shot at having more turnovers than rebounds in an NBA game, and the rules of said game have not dramatically changed into something resembling hot potato, people should be called to the carpet. Head should be sewed upon arrival. Because that stat comparison, and turnovers were only losing by one going into the fourth, is shameful.

With losses like these, it is sometimes good to reflect on the past. To remember where we come from. Let's go down memory lane shall we. To Mike Woodson's introductory press conference in his final statement.

“I’m a defensive guy and I think offense takes care of itself. We will figure out the offense, but I just came off a championship season with a team that played defense. And defense proved this year that it can win a championship. Most championship teams that I’ve seen, over the course of my playing and coaching, they play defense. That’s got to be a given every night with the Atlanta Hawks. You aren’t going to score every night, but you can give effort every single night you are out there from a defensive standpoint. We can count on that and we’ll be in every ball game.”

Without even touching the "offense takes care of itself" line which is one of the saddest quotes I have read since I found out Joe Johnson was worn out so he could make the all-star team, I will simply say this. Whether he deserves all/most/some/little of the blame, the one thing Mike Woodson guaranteed is no longer showing up in the game. That does not bode well for you Sir.

Effort, hard fouls, and a letter (not necessary in that order).

Hard fouls down 20 do not make up for lack of effort the other 36 minutes you played.

Why was Josh Smith still in that game? Was Woodson actually punishing him for not trying by playing him more? From my low-def view on my couch, I mentioned in the comments that the Inspector really wanted to give some money to a charity. He barked at the officials the last ten minutes he was in.

It was a dirty foul down 20, but it was not a flagrant 2. i would have been fine with challenge up a point and knowing Josh Smith actually gave full effort all the time. What it was was brazen immaturity on full display. And so I am in full agreement with Hawks Str8Talk blog. How Woodson can watch his 50 million dollar man act 12 and say "they looked at the tape. It is what it is." You either back your player and call the foul a sham or you put your player in his place for costing the team a possible suspension. Woodson was probably just focused on defense...

I just want to take a quick moment to mention Mike Woodson took Joe out in the first quarter after he scored eight points and did not bring him back until the team was down double digits midway through the second and Joe was effectively cold. Then down 20 and with Thomas Gardner in the game, Woodson brought Joe back into the game in what I can only assume was in an effort to work on the Johnson/Gardner chemistry.

Acie Law is never playing again. With Bibby nursing a hurt hand and feelings, Acie only played blowout minutes. We officially entering the standoff between Acie and Woodson because Law is not playing while the coach is around. And before you get to confident Acie, Salim Stoudamire thought he would outlast Woody too.

Mo Evans' shot seems to be coming back. There is that.

The Hawks knew Boozer was coming back tonight. How nice then of our defense to welcome Kyle Korver back as well with wide open threes.

You don't expect to win this game, but you do expect to be competitive. In light of how this road trip has gone and the probable suspension of Josh Smith, there is really only one answer for this last stop in Denver.