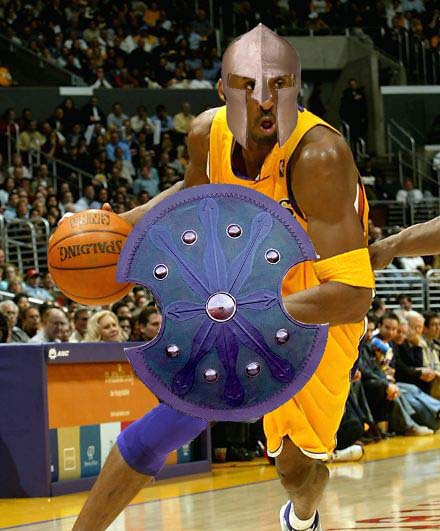 Hawks Injury Report: None except some dude named Craig. Flip Murray is out for family reasons. Othello Hunter is in the d-league for the next few games getting actual game action. I, for one, am outraged. He is getting plenty of experience in warm ups.

Hawks Injury Report: Andrew Bynum is out and still not sorry about Gerald Wallace.

Blogging With the Enemy: The Lakers Nation, Forum Blue and Gold

Predicted bane of the Hawks existence: Kobe Bean Bryant, but if you want to go dark horse try Luke Walton.

I am most interested to see the point guard play with the three point shooting of Mike Bibby and Derek Fisher and the much anticipated (and forced) return of Acie Law to actual playing time.

It would also be helpful if Kobe had an off shooting night. Whatever that looks like for him.

I will be around in the game comments until my body gives out. Hope to see you late nighters there.