72 reasons to be excited about the Atlanta Hawks: #4 Seven nationally televised games

Share All sharing options for: 72 reasons to be excited about the Atlanta Hawks: #4 Seven nationally televised games 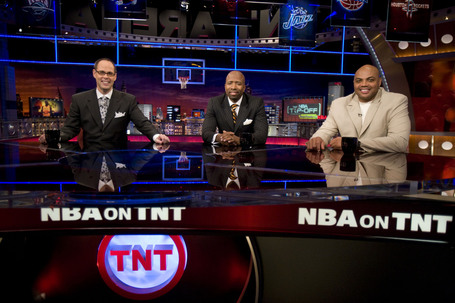 A lot of people say "It is not where you have been. It is where you are going."

Well, that is basically total crap. It is a slap in the face to history teachers everywhere. People that say that probably don't know about the Alamo either. And pretty clear instructions were given regarding that little event too. History is important...especially if you have a sad one.

And so the Hawks may not be on a one way train to the NBA elite, but considering where this franchise has been, Atlanta feels like the mecca of basketball right now. It does matter where the Hawks have been. Mostly because that place was dark and scary. It was a land of Isaih Riders and new arenas that never filled up. It haunted fans with Mike Woodsons blank stares and Sharif Abdual Rahim meaningless 30 point games. This is the history of Ed Gray draft nights and Rasheed Wallace one night stands. Where the captains were Antoine Walker and Al Harrington and the biggest free agent "get" was having Samuel Dalenbaert actually visit.

These were not good times. There is no revisionist history to make it look fun or pretty or even resonable. But the Atlanta Hawks can see the light. They are only the butt of jokes for the ignorant and the idiotic. They are a team people want to watch. A team few want to play. Phillips is filling up. The city is starting to care. And we have 7 nationally televised games.

No, the team is not where it wants to be and doubts remain that it ever will be, and seven games on ESPN or TNT is just another month for some. But you can save me your elitist, insecure put downs. For us Hawks fans, it is something. And I am unashamed to say, it is something big. It is reason to be excited. Come through the nightmare and talk to me then, because Hawks fans have and it is pretty dang exhilarating to say "the Atlanta Hawks are back."