72 reasons to be excited about the Atlanta Hawks: #14 Bob Rathbun's Hair

Share All sharing options for: 72 reasons to be excited about the Atlanta Hawks: #14 Bob Rathbun's Hair 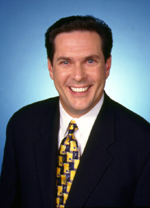 This reason was not added late. It has sat at number 14 for months now. So don't tell me it should have come in the 60s or something like that. Truth is, Bob's hair should probably be in the top ten.

It is not so much about its perfection now, but it is still perfect, but more what that hair means. Night in a night out, when you never knew what you were going to get from the Hawks, back in those dark days of Hawks basketball that still seem a little bit close, the questions were too many to count. How bad were they going to lose? At what point were they going to blow the lead? How many Knicks fans am I going to try and fight tonight? Who is that guy named Estaban? For a good five years, you only knew two things. You were going to be disappointed with the game and Bob Rathbun's hair is going to be perfect. That's it.

So you can call it crazy. You can say its trivial. But I stand proudly when I say "Thank you Mr. Rathbun for your loyalty, thank you for your hair. It is my rock."