The New Era of Joe Johnson

Share All sharing options for: The New Era of Joe Johnson 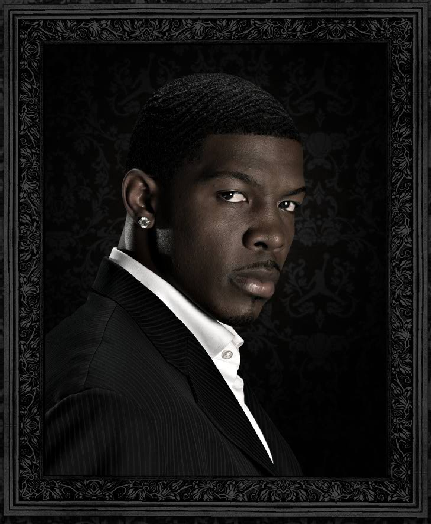 I am a Joe Johnson fan.

My buddy's arm has been bruised on more than one occasion because of repeated blows to his triceps as I screamed "Joe "freakin" Johnson" to anyone who would listen. I have run up and down the aisle, arms out stretched at least years playoff game against Boston, prepared to begin small time worship of this man from Arkansas.

I was a proponent of the sign and trade from the very beginning. I was tired of seeing free agents like Samuel Dalenbert barely even sniff at visiting Atlanta. I was sick of the Hawks being, at best, a leverage point for middle of the road players to get better contracts to play somewhere else. The Hawks were going to have to pay a premium tax to get anything that resembled a first option here.

I do think, and will argue with you if you choose to disagree, that Joe Johnson is a main cog in the wheel of about three cogs that has slowly turned this franchise around to where it is today (a wheel that is admittedly only about half way around a full rotation).

Certain people do not agree with what I just wrote. Some still question how much was given up to sign Joe. Some do not believe he is an all star talent or even a first option guy. But for Joe's first three full years in Atlanta, those have been broad based, impersonal critiques. They were expressions of dissatisfaction with ownership. No one blamed Joe for taking the money. Or they were general expression of perceived fact. Joe is never going to be an all nba player. You could agree or disagree with the person's line of reasoning but the conversation never really delved into how Joe's play last night affected the win or loss.

Because what was there to say? The team was winning 26-37 wins largely on shoulders of Joe. If he took the last second shot with a hand his face even though a second year Marvin Williams was wide open, were fans really going to be upset? If he scored 32 points on 10-25 shooting, were you going to fret about how horrible this was for the team? No, you were worried if Zaza was going to have more turnovers than minutes or if Josh Smith was going to shoot half court 3 pointers with 15 seconds to go on the shot clock.

Joe often did too much because he was asked to and he had to and it was hard to fault a man working that hard and succeeding that frequently the few times he stunk up the joint.

All this to say, things have now officially changed...

The era of Joe Johnson is not without the "freakin." The man is still the mvp of this team, but now, the true sign of legitimacy is on him and that is the burden of expectations.

Joe's is still the leader and the go to guy, but the Hawks' ability to win is now the only sign of success, and the blame for losses will be placed on his shoulders more often than not.

Those last second shots where Marvin is in the corner open? Those cannot end as contested jumpers off the hand of Joe. Those poor shooting nights? Those cannot end with a stat line 6-23 from the field. And if they do, Joe can expect some choice words from the media and fans because now, whether fair or not, fans believe the Hawks should be winning. The nothing to lose attitude is no longer around to offer quick forgiveness for a bad night.

And this new era will take some real effort. The attitude of other players can no longer be "defer to Joe because it's not like I am going do any better." And Joe has to realize that. Certainly teams are going to game plan for Joe like they always have. Now though, on a winning team, Mr. Johnson's has to change from "how can I beat this team despite their focus" to simply "how can we win."

And some may say that is obvious, or easy, or already done, but I think the transition is harder than most would believe for both Joe and his teammates. But it is a transition that needs to start happening now.

I started this post last night, and now, I wish I posted it then too because Mr. Sekou Smith has already added a bit of kindling for my fire. Mike Woodson has lowered, if ever so slightly, his standard "Joe, man, he is our all-star, and we ask so much of him, other guys just have to pick him up when he has an off night" quote.

“I’ve got find a way to get him some better shots and to get him some more looks at the free-throw line,” Woodson said. “Because there’s no doubt teams are going to try and knock the starch out of him physically and hope that knocks our entire team off balance. And that is, again, where Joe has to be smart in how he’s playing. He has to trust the guys around him and know when to create for them and when he has to attack. And I have the utmost confidence in Joe that he’ll do exactly that.”

Here is to hoping for a nice start for a new era.