Share All sharing options for: Miami 95, Hawks 79 (or the life and times of an NBA team trying to break 80 points) 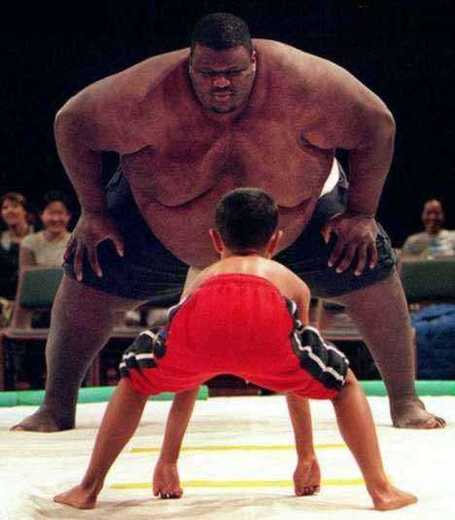 Ok Dwayne, you can have that one.

The Hawks managed to bring home seven assists last night. That matched the number of two point jump shots Dwayne Wade made from one specific spot on the floor.

Certainly some missed opportunities and some bad "heat checks" contributed to the total, but a more glaring problem exists that this number seven just keeps reminding me of, prodding me, hurting my feelings. A truly biblical number looming over the team's head with biblical proportions.

Without the three pointer going down early and relatively often, the Hawks do not have the patience or offensive sets to win many games against average and above teams.

Because without that three ball, the Hawks turn into a post up offense*. An offense that has a few minor weaknesses.

Sometimes, when the threes are not falling, the Hawks can athlete themselves out the funk. In large part, they did this during Sunday's Suns game. And we all saw the offensive performance of that fourth quarter.

I am just tired of seeing stretches where the only guess work in the offense is thinking about who is going to post up with 12 seconds left on the shot clock.

*I am aware the Hawks run one other play. The Joe Johnson drive and runner from the top of the key. And certainly this play is effective as long as Joe is not playing four on one. Which he is not doing about 34% of the time.

And that was not even the worst part of last night

That three point shot at the end of the third quarter by the Heat put Solo into a negative +/- for the game. In all honesty, that shot hurt the most. As Nique would say, "a true dagger, a true dagger."